Rivera, who starred in the popular musical television series 'Glee,' died nearly three weeks ago in what authorities determined was an accidental drowning.
KABC 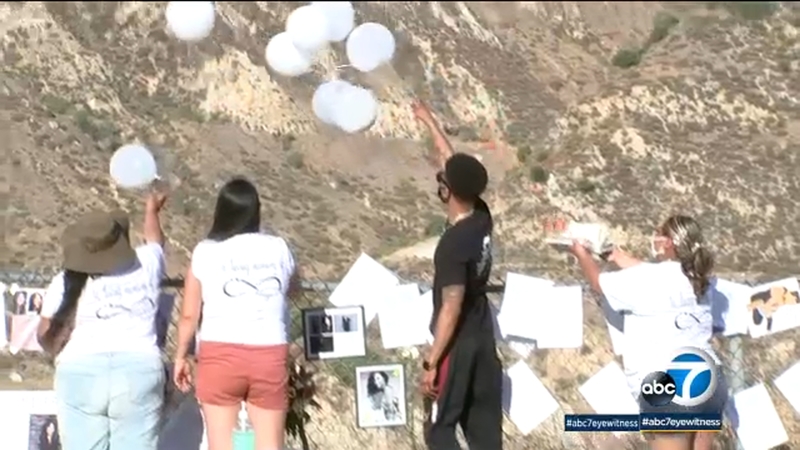 LAKE PIRU, Calif. (KABC) -- Fans lined up along a road overlooking Lake Piru in Ventura County, leaving flowers at a memorial during a vigil honoring Naya Rivera on Saturday.

"It's very hard for us to accept that she's no longer with us," said vigil organizer Liset Ortiz.

Rivera, who starred in the popular musical television series 'Glee,' died nearly three weeks ago in what authorities determined was an accidental drowning.

Officials have released the cause of death of actress Naya Rivera after her body was recovered at a lake in Ventura County on Monday.

The 33-year-old actress took a boat out on Lake Piru spending an afternoon with her 4-year-old son. Later that day, her son was found alone in the boat. Days later, searchers found Rivera's body in the lake.

Heartbroken fans say they admired Rivera as a person and as a performer. Many of them identified with the character she played on glee.

"With the help of her character, she helped me accept myself for who I really was and I was more open with my sexuality," said fan Kimberly Martinez.

"Santana, her character on Glee meant a lot to the LGBTQ+ community. She was a great actress, a great person, a great mother," said fan Christina Saunders.

Ventura County Sheriff's Department released surveillance video on Thursday that shows actress Naya Rivera and her son at Lake Piru before her disappearance.

Balloons were released over the lake as a final tribute.

"She taught me how to be myself and be unapologetic about it," said Ortiz.

"This is a way for us to say goodbye to her. Not just us but a million, thousand people on Twitter, Instagram, are all here with us."

A college fund is being created for Naya Rivera's son by the creators of "Glee," who remembered the performer as joyful and immensely talented.