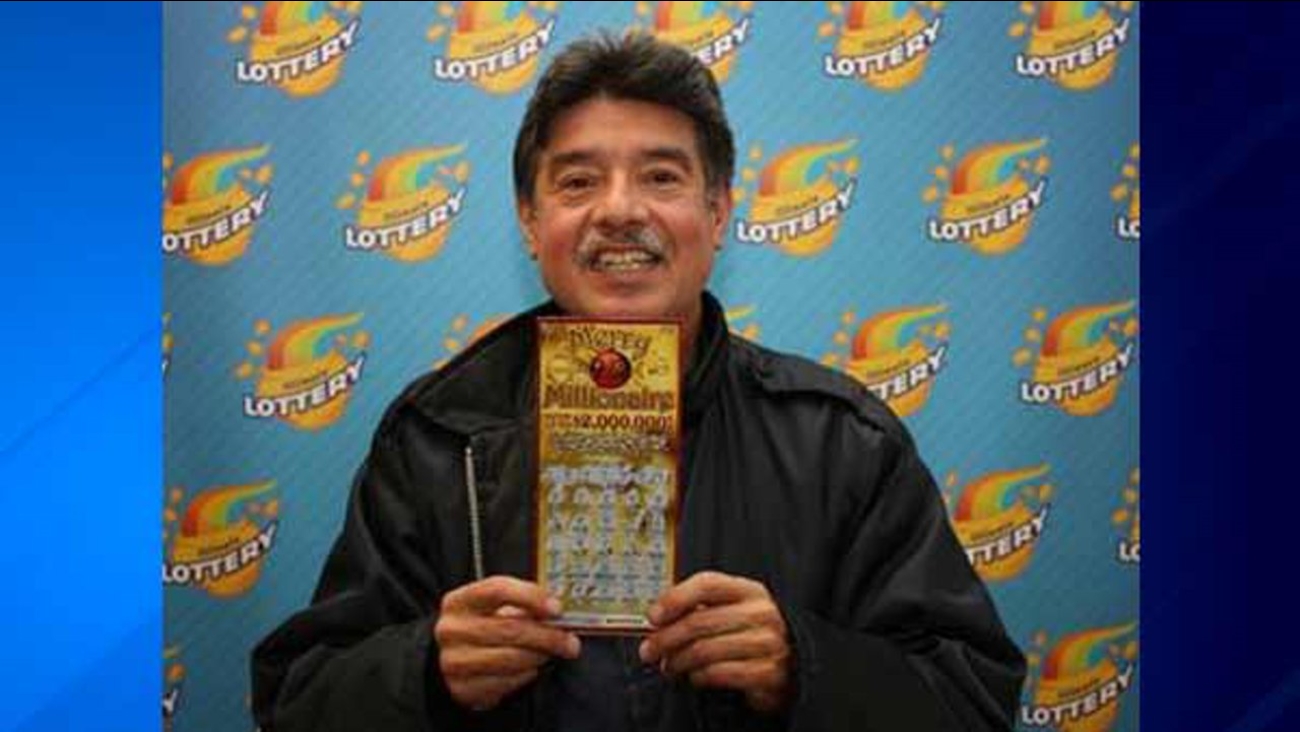 Dave Martinez, who has worked at New Trier High School for the last 34 years, won $2 million in the Illinois Lottery last month.

NORTHFIELD, Ill. -- A custodian in Illinois just celebrated his 60th birthday by becoming a millionaire.

Dave Martinez, who has worked at New Trier High School in Winnetka, Illinois, for the last 34 years, won $2 million in the Illinois Lottery back in November.

Martinez said he was buying a hot chocolate at a gas station on Nov. 19 when he decided to buy a scratch-off lottery ticket as well.

"The night before, I played there and I won $100, so I thought I'd go back and buy one the next day," Martinez said. "I went home and started scratching it off in my dining room, and then I just couldn't believe it."

"I read the back and I was like 'Whoa.' I started jumping up and down with my wife, and then signed the back right away. I still can't believe it," Martinez said.