A local photographer captured a rare phenomenon on the shores of Newport Beach where bioluminescence waves light up the ocean.
KABC 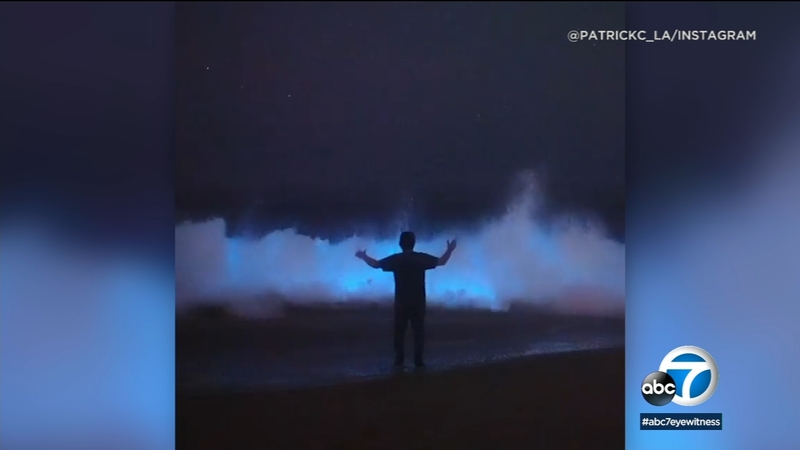 NEWPORT BEACH, Calif. (KABC) -- A local photographer captured a rare phenomenon on the shores of Newport Beach where bioluminescent waves light up the ocean.

The beautiful ocean light show was caught on camera in the dark of the night earlier this week.

The appearance of neon blue waves is usually caused by algae in the water.

Bioluminescent phytoplankton give the surf an electric blue glow, according to National Geographic. Some dinoflagellates -- single-celled planktonic creatures -- can produce toxins that are harmful to fish, humans and other creatures. Scientists believe bioluminescence may also be a form of defense for the life-forms.
Report a correction or typo
Related topics:
sciencenewport beachorange countybeachescaught on videooceanscaught on camera
Copyright © 2021 KABC-TV. All Rights Reserved.
More Videos
From CNN Newsource affiliates
TOP STORIES