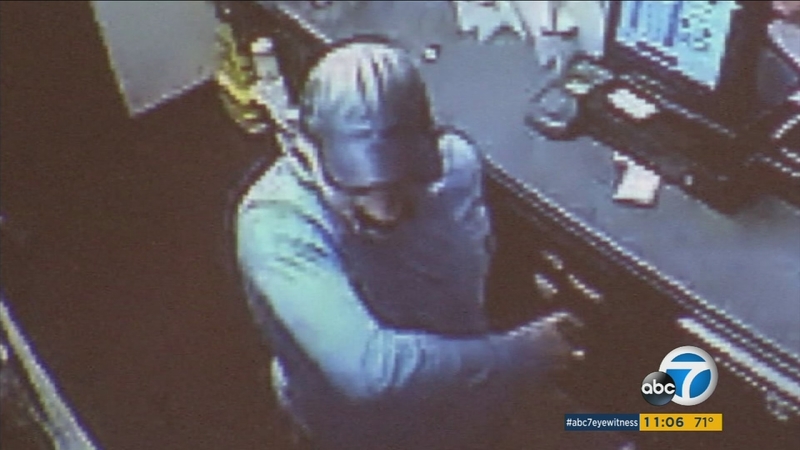 EL MONTE, Calif. (KABC) -- Two rewards totaling $45,000 are being offered in the hopes of finding a masked suspect who killed an El Monte Jack in the Box cashier during an attempted robbery.

Juan Vidal, 25, was killed on Oct. 21 when a man wearing a Halloween mask entered the fast-food restaurant and within seconds jumped over the counter to demand money, eventually opening fire on Vidal.

The Los Angeles County Board of Supervisors voted to unlock funds in order to offer a $20,000 reward, and the city of El Monte is offering a $25,000 reward.

Supervisor Hilda Solis said that "no amount of money can compensate for the loss of life."

Vidal's mother, Mary Smay, made an emotional plea to the public to help find her son's killer after the awards were announced.

"He needs to pay for all the pain and suffering," she said. "That man has no heart. Somebody needs to let the police know where he's at."

Last week, authorities released a short surveillance video showing the moments Vidal was killed. It shows the suspect wearing a Halloween mask that had a mustache, glasses and a blue baseball cap with a vinyl brim. The suspect fled the scene in a dark-colored sedan with at least one other person.