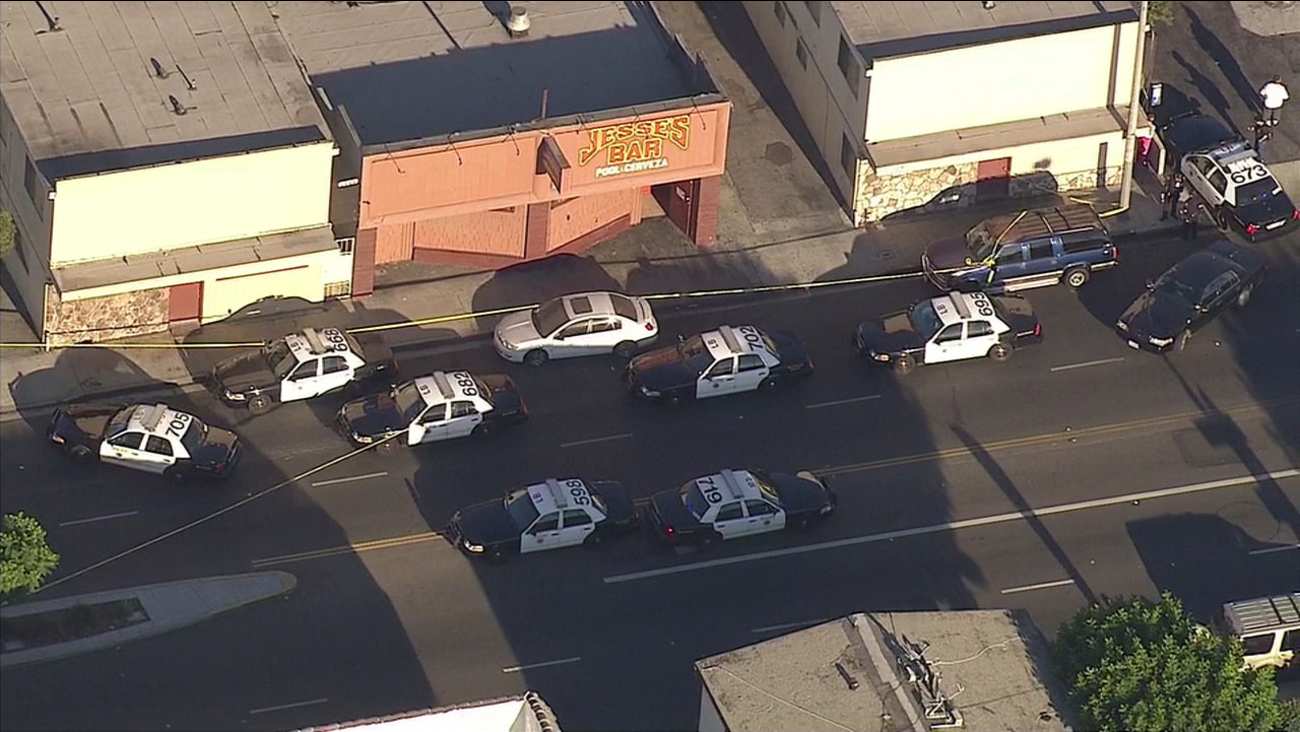 Long Beach police said a shooting in the area of the 5400 block of Atlantic Avenue left at least one man dead on Wednesday, Sept. 14, 2016. (KABC)

LONG BEACH, Calif. (KABC) -- A suspect was arrested after a man was killed and a woman was wounded Wednesday afternoon in a double shooting in Long Beach, authorities said.

Officers discovered the victims outside a home at about 4:35 p.m. after responding to a report of shots heard in the 5400 block of Atlantic Avenue, according to the Long Beach Police Department.

A woman who had been shot was transported to a hospital with injuries that were apparently not life-threatening, police said.

The other victim, a man, was pronounced dead at the scene. He was not immediately identified.

News video from AIR7 HD appeared to show the man's body lying in an alley at the location.

Police later said they had a male suspect in custody, but did not release his name or other details.