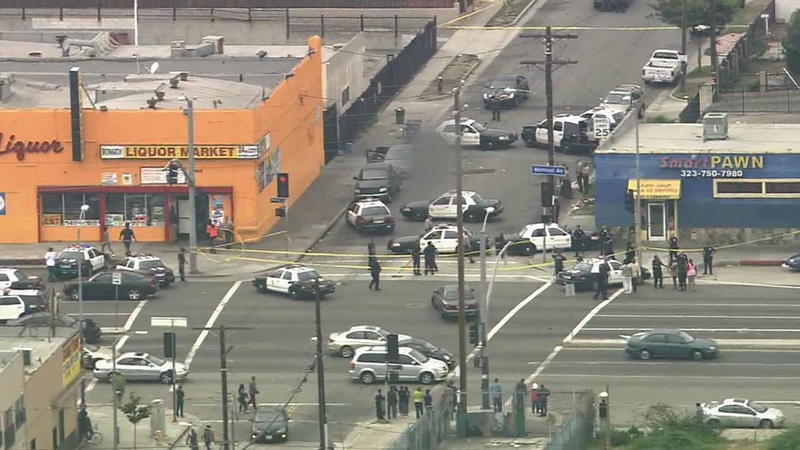 SOUTH LOS ANGELES (KABC) -- One person was killed and three others were wounded in a possible gang-related shooting in South Los Angeles.

Authorities responded to the area of Vermont Avenue and 88th Street just after 12:30 p.m. Wednesday.

The victims pulled their car up alongside the Monarch Liquor store, one man got out, and that's when sheriff's deputies say another car rolled up beside them.

A 26-year-old man, identified by witnesses as Michael, was declared dead at the scene.

The suspect was described as an African-American male in a four-door light-colored car.

Investigators were hoping to interview the victims in the hospital, but at this point they suspect the shooting is gang-related.