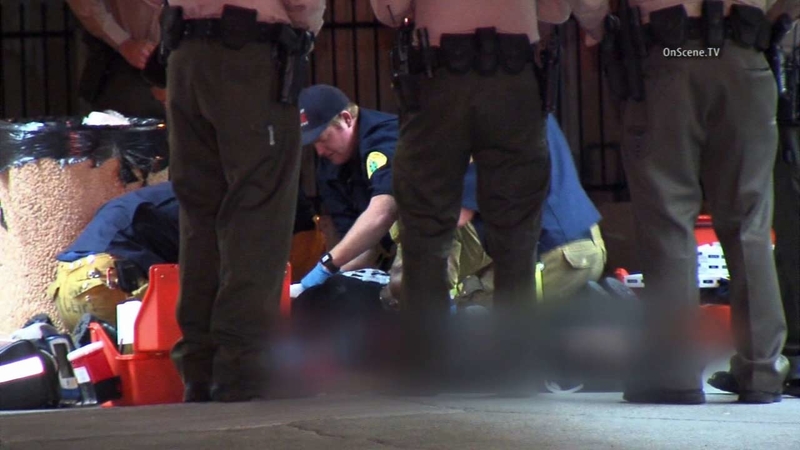 LENNOX, Calif. (KABC) -- A man was killed and a woman was injured after a shooting near a taco stand in Lennox early Monday morning.

According to homicide detectives, deputies responded to a call about an assault with a deadly weapon near 111th Place and Hawthorne Boulevard. That's where the shooting took place around 3:10 a.m.

Responding deputies found a man and a woman suffering from gunshot wounds. The man was pronounced dead at the scene. The woman was rushed to an area hospital, where she was listed in critical condition.

Upon preliminary investigation, authorities say both victims, described as transients, were approached by two suspects on foot and shot.

No arrests were made. The reason behind the shooting was not known, and a description of the suspects was not immediately available. The investigation was ongoing.

Another shooting was reported a few hours earlier approximately a mile away from the taco stand. One man was shot and killed in that shooting. It was not known if the two incidents were related.