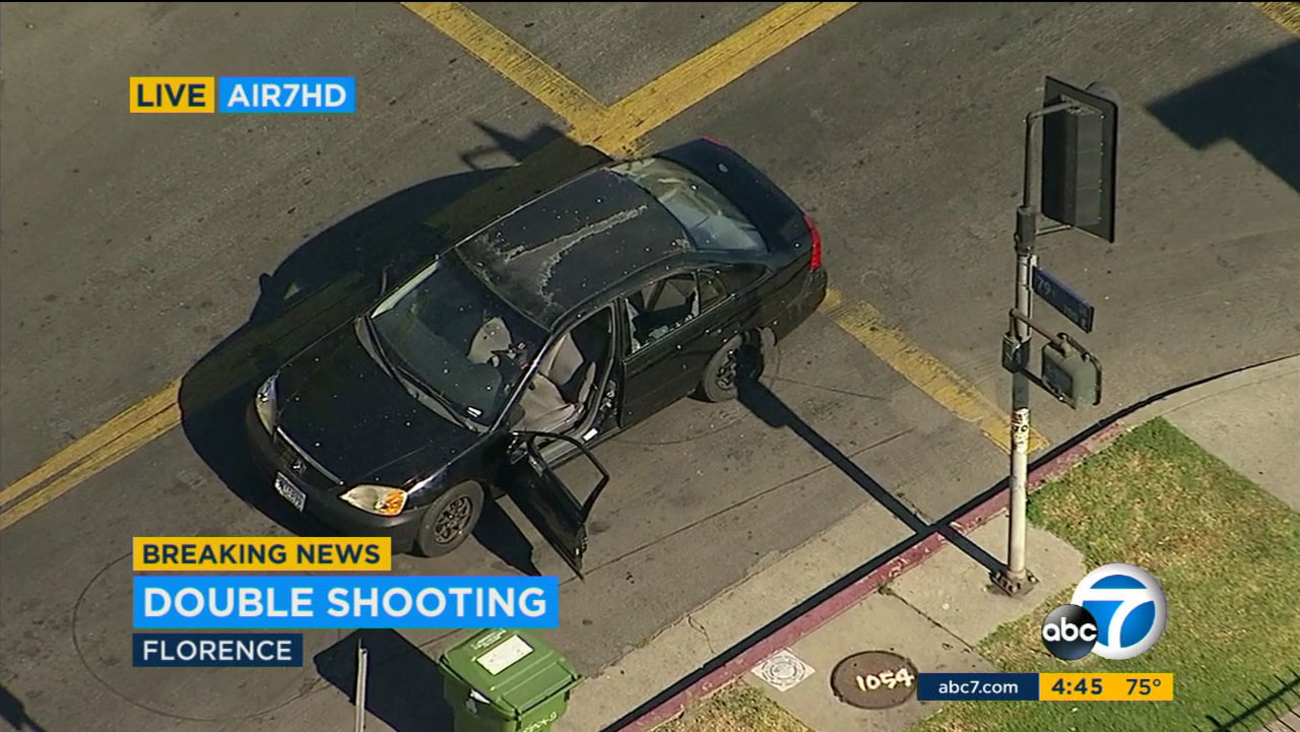 A Honda with its windows shot out was at the scene of a double shooting in the Florence neighborhood of South Los Angeles on Tuesday, May 23, 2017.

SOUTH LOS ANGELES (KABC) -- One man was killed and another wounded in a shooting believed to be gang-related in the Florence neighborhood of South Los Angeles Tuesday afternoon.

The shooting happened around 1 p.m. at 79th Street and McKinley Avenue. When Los Angeles Police Department officers arrived, they found two men with gunshot wounds at the scene and a Honda Civic with the windows shot out.

One man was pronounced dead at the scene and another was transported to a local hospital in stable condition.

The shooting happened across the street from McKinley Avenue Elementary School.

The suspects are believed to be two men who were seen running from the scene.