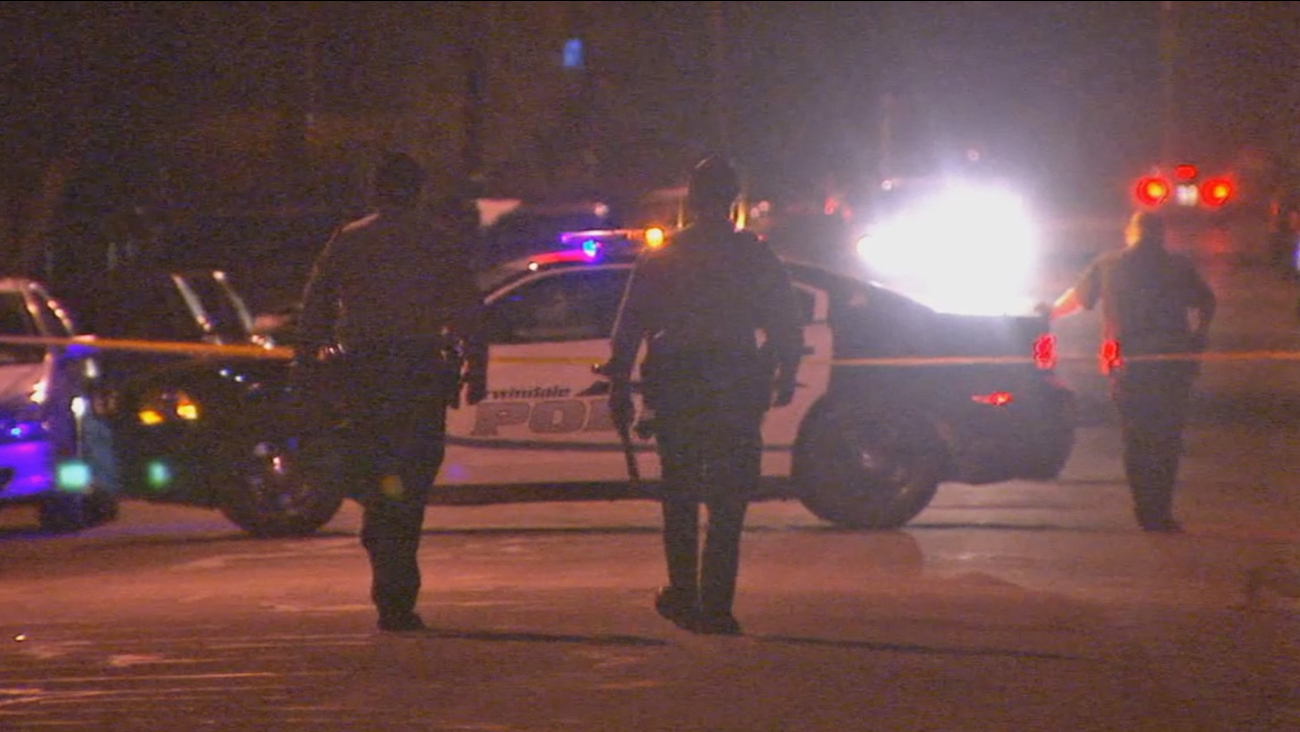 Authorities respond to a shooting near Shrode and Lincoln avenues in an unincorporated area of Monrovia on Sunday, Oct. 25, 2015.

MONROVIA, Calif. (KABC) -- Los Angeles County sheriff's homicide detectives were investigating after a man was killed and a woman injured in a shooting in Duarte Sunday night.

The gunfire erupted at about 7:05 p.m. at the intersection of Shrode and Lincoln avenues, authorities said.

The man was hit multiple times and pronounced dead at the scene. The woman was transported to a local hospital in unknown condition.

"I was sitting on the couch and heard like seven or eight gunshots, and it scared me," said Kierra Campbell, a witness.

Investigators said it looked like the victims were walking down the street when they were shot, and it appeared the two did not know each other.