KABC
SOUTH LOS ANGELES (KABC) -- One person was killed and two others were wounded in a car-to-car shooting in South Los Angeles Friday amid police efforts to curb a spike in violence in the past month.

The gunfire broke out around 3 a.m. in the 9400 block of Central Avenue. Los Angeles police say four men in a white SUV drove up and opened fire on a dark colored sedan, also with four people inside - two men and two women.

One man was killed, another man and a woman were injured, and another woman was able to escape unharmed. The two injured individuals were transported to an area hospital, where they were listed in stable condition.

Officials believe the shooting was gang related. A homicide investigation was underway.

Police described the suspects' car as possibly a Ford Explorer or a Chevrolet Suburban. Because this shooting was an incident of car-to-car violence, investigators may have a harder time locating shell casings to confirm the type of weapons used.

This deadly shooting comes as LAPD has added as many as 200 more metropolitan officers in the South and Central Los Angeles areas because of a rise in crimes and shootings, specifically homicides, throughout Los Angeles in the past month. 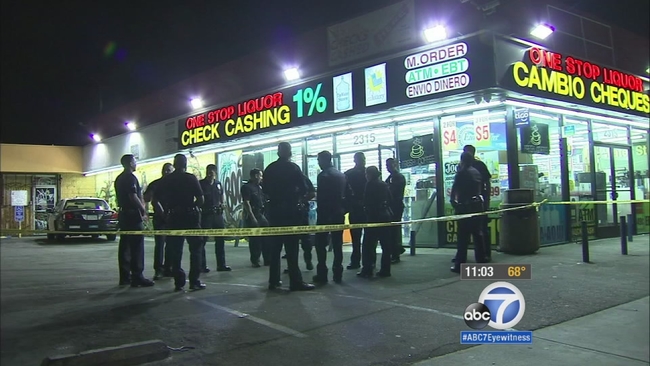 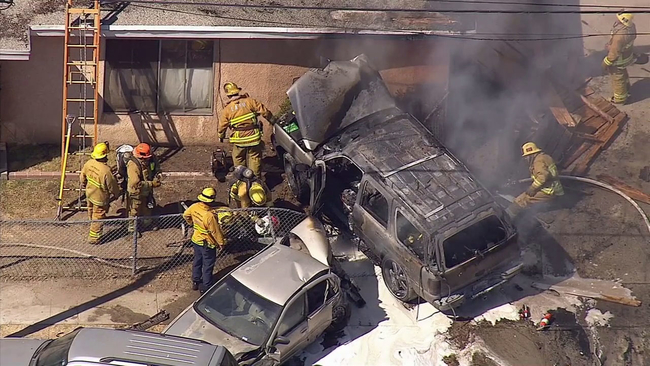 Driver crashes into South LA building after being shot; car erupts in flames 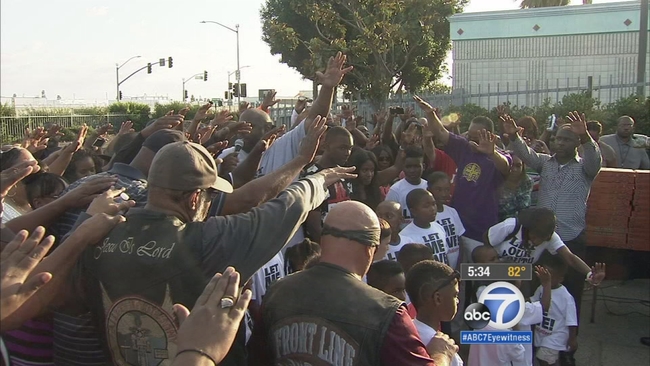 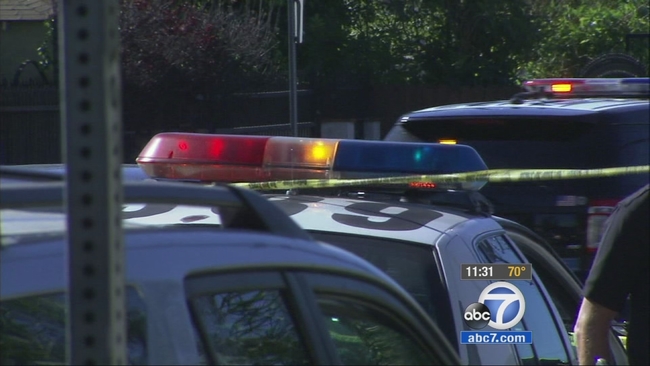