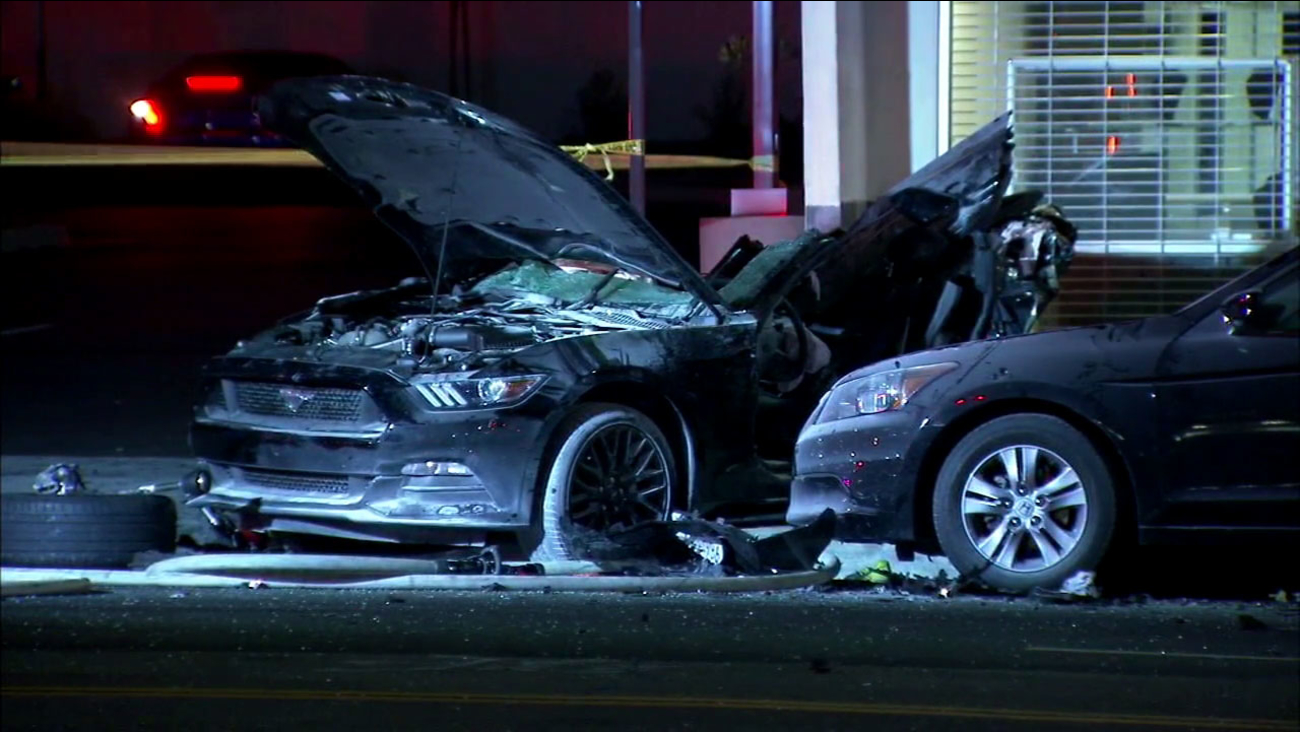 Authorities identified the man as Mubarak Alqashout, 20, of Woodland Hills. He, along with two other men, were killed when a Ford Mustang he was in crashed into a car exiting a gas station in the 20900 block of Ventura Boulevard near De Soto Avenue.

The force then caused the Ford to crash into another moving car and then a parked car. The Mustang erupted in flames, trapping the men inside. Bystanders used fire extinguishers and buckets of water to try and save the men, but failed.

Two people were hospitalized and three others were treated at the scene, according to emergency personnel. The names of the other two men were not released pending next of kin, authorities said.

Police said they are looking for a white sedan and pick-up truck that may have witnessed the crash. Anyone else with information was urged to call the LAPD Valley Traffic Division at (818) 644-8115. 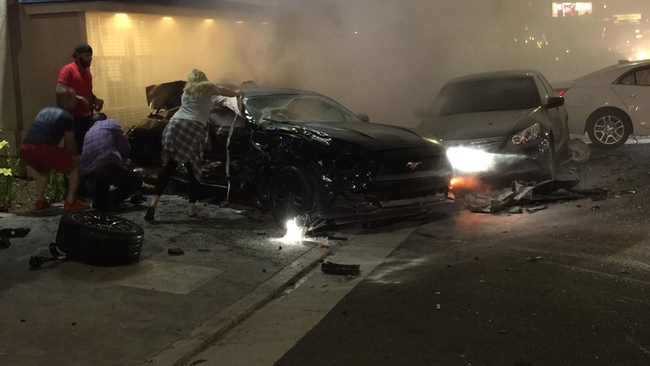