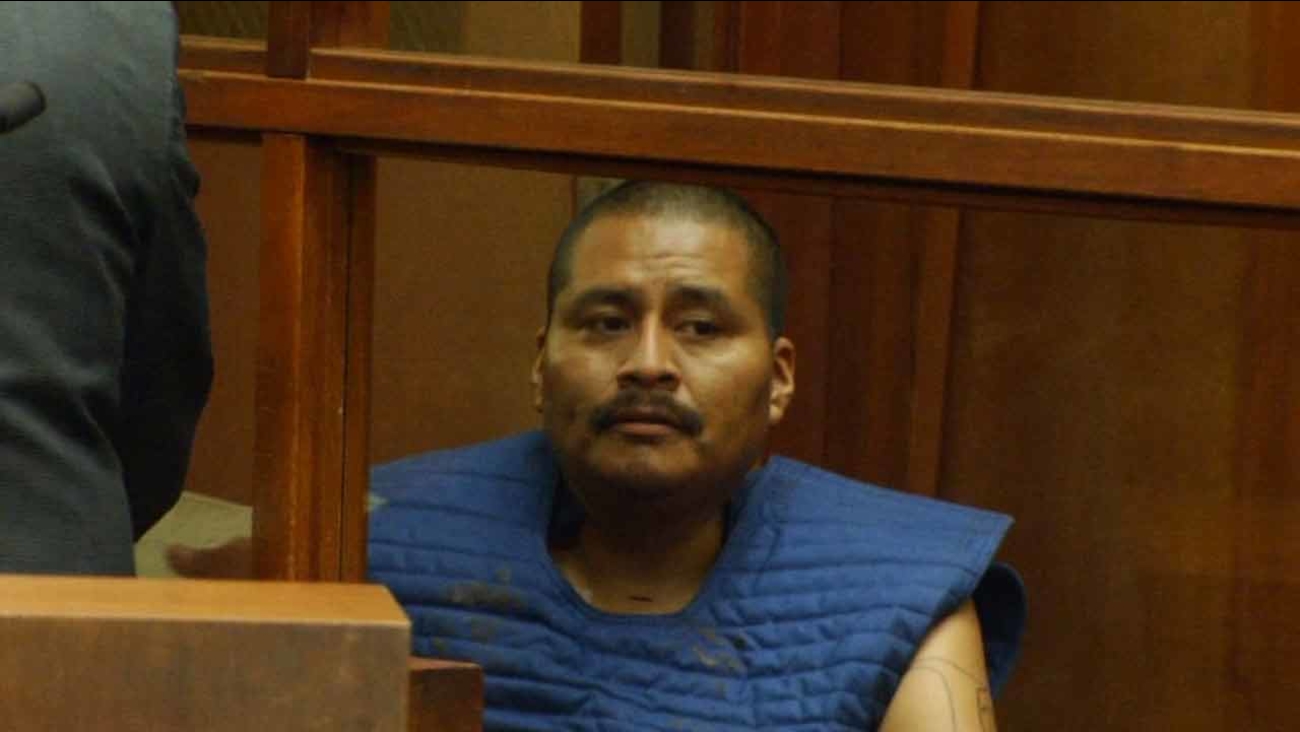 Luiz Fuentes in court on Sept. 19, 2015, for allegedly stabbing his 3 young sons in South Los Angeles.

Luiz Fuentes, 33, was ordered to be held without bail until his next court appearance on Jan. 26.

On Sept. 9, 8-year-old Alexander, 9-year-old Juan and 10-year-old Luis were found dead in their father's SUV, where Fuentes was also covered in blood from stab wounds. A passerby saw the family in the vehicle parked in the 300 block of East 32nd Street.

Police believe Fuentes stabbed himself. He was later hospitalized, then booked on suspicion of murder two days later.

A pastor said Fuentes had been living in the SUV with his children and battling depression. The boy's mother died in 2008.

The Los Angeles County District Attorney's Office has yet to decide whether to seek the death penalty against Fuentes, who faces a special circumstance allegation of multiple murders.

In September, the Los Angeles Times reported that the county Department of Children and Family Services was investigating whether social workers adequately probed some allegations that the boys were at risk and whether staff responded appropriately.