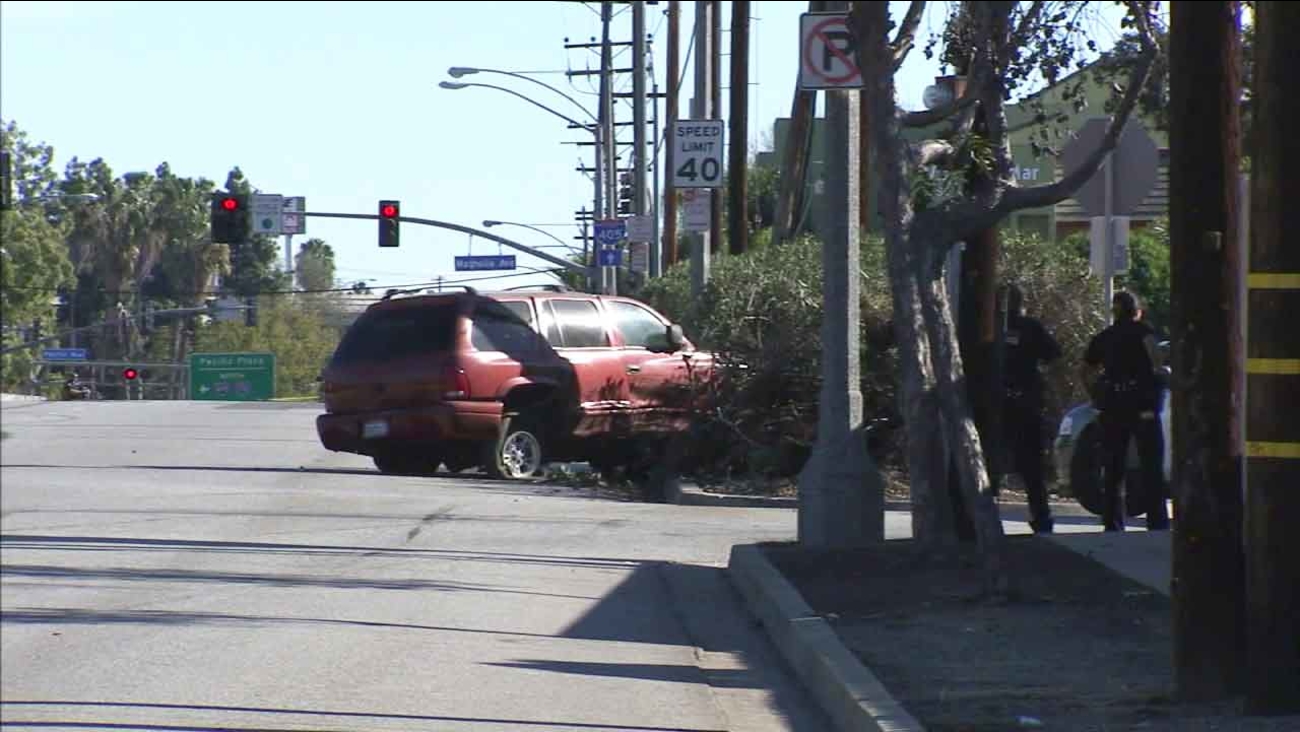 A Dodge Durango crashed in Long Beach by a carjacking suspect on Friday, who later died on Saturday, Jan. 2, 2016, after shooting himself in the head.

LONG BEACH, Calif. (KABC) -- A suspect who carjacked an SUV and ran inside a Long Beach home where he stabbed and shot multiple people before shooting himself died Saturday, Los Angeles police said.

The LAPD confirmed Sunday Daniel Ramirez died at a hospital after shooting himself following a wild pursuit that led to a standoff in Long Beach on Friday.

Los Angeles police officials said an off-duty officer was in pursuit of Ramirez and a second suspect inside a Volkswagen Passat for driving erratically on the 105 Freeway.

During the chase, Ramirez jumped out at 223rd Street and Normandie Avenue and carjacked a Dodge Durango at gunpoint.

Police were able to pursue the Dodge that ultimately crashed in Long Beach. Ramirez then ran into a home near 33rd Street and Magnolia Avenue where he stabbed the patriarch of the household and shot two sons.

The suspect then barricaded himself inside the home as SWAT officers arrived and officials shut down several blocks in the neighborhood.

After officials heard gunshots from inside the home, they said Ramirez was found with what appeared to be a self-inflicted gunshot wound to the head.

The three victims shot inside the home were taken to the hospital.

Police said they later found the Volkswagen Passat from the initial pursuit, but the second suspect, later identified as 32-year-old Artyom Gasparyan, who was in that vehicle, remained at large. Police said he is believed to be armed and dangerous.
Related topics:
long beachlos angeles countyshootingstolen carstabbinginvestigationcarjacking
Copyright © 2021 KABC-TV. All Rights Reserved.
More Videos
From CNN Newsource affiliates
TOP STORIES