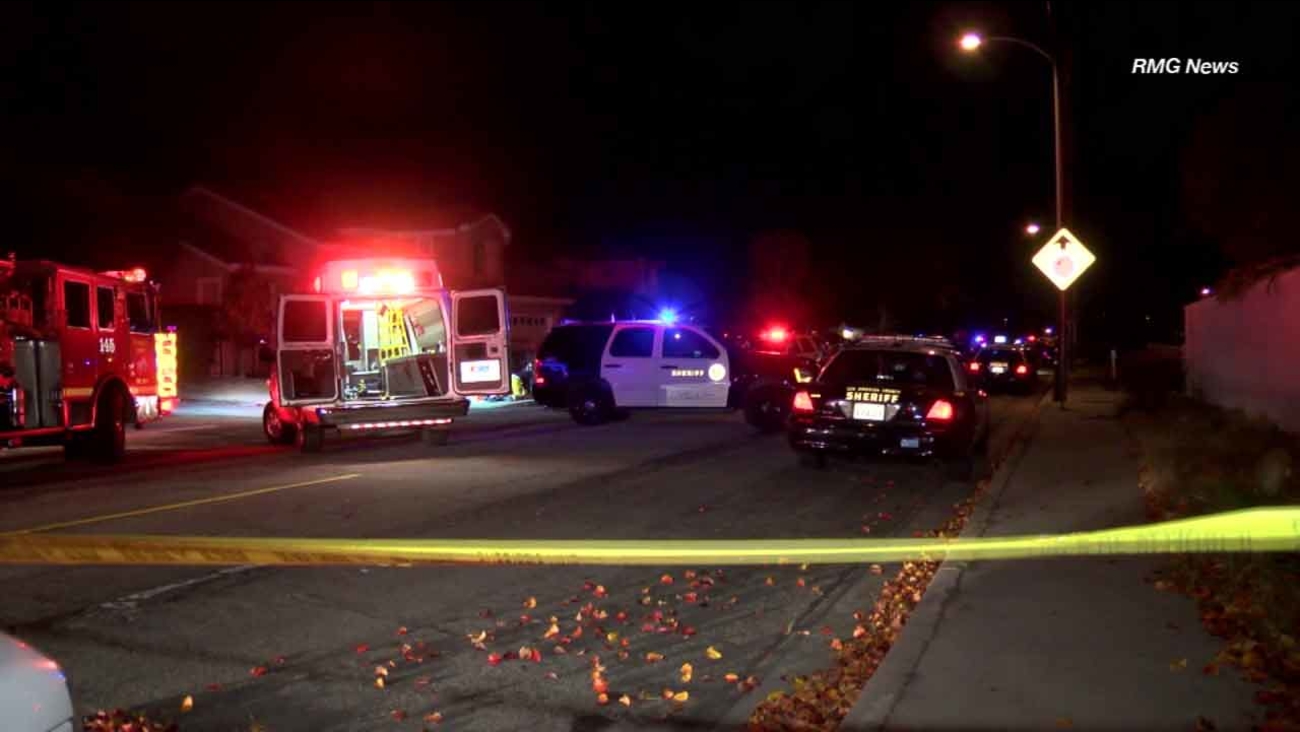 Police investigate the scene of a shooting that left four dead in Rowland Heights on New Year's Eve, Dec. 31, 2015.

ROWLAND HEIGHTS, Calif. (KABC) -- A man arrested in the killing of his father on New Year's Eve is free from jail.

Sheriff's deputies said he shot and killed his 54-year-old father after wrestling a gun away from him.

The father had just gunned down his own wife and two other people inside a home in the 2200 block of Batson Avenue in Rowland Heights.

Officials said the dad was a heavy drinker with a large gun collection.