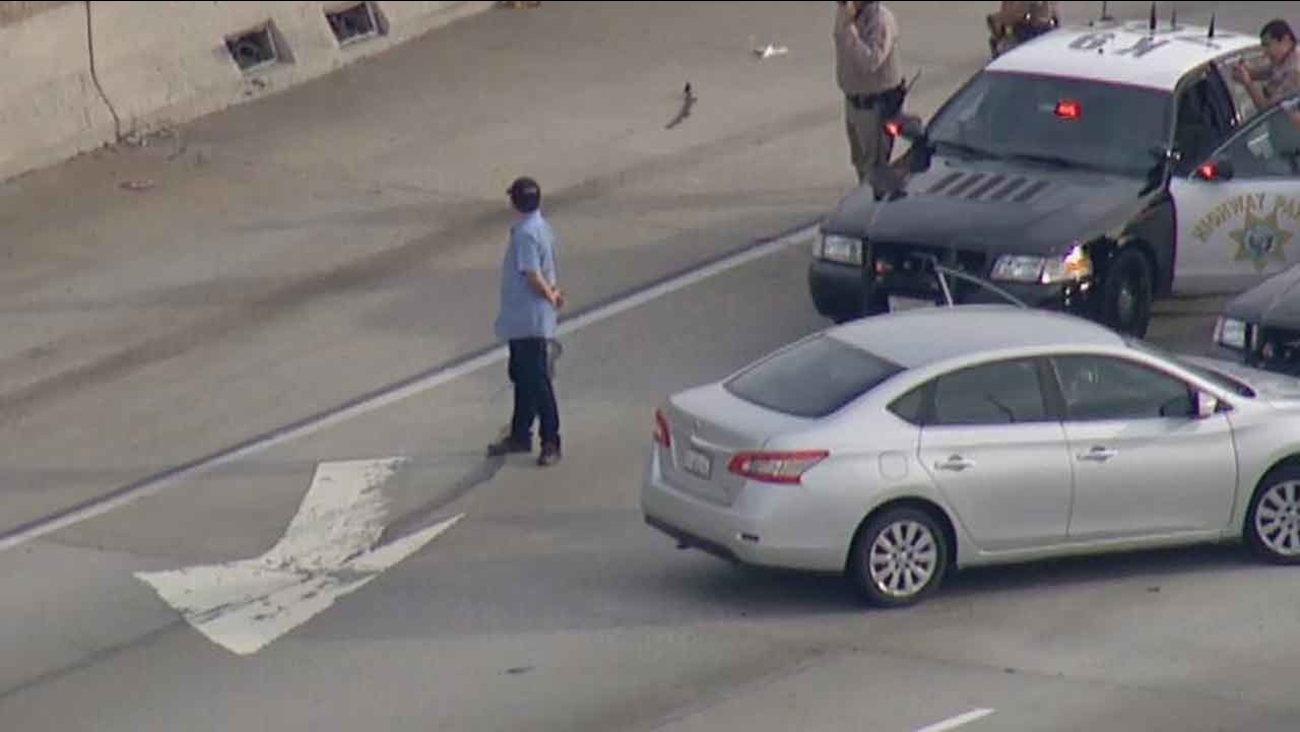 A possible narcotics suspect surrenders to police following a chase that ended with a PIT maneuver on the 110 North in South LA on Monday, Jan. 11, 2016.

The pursuit of the suspect, who was driving a silver Nissan Sentra, began on the 605 North near Katella Avenue around 2:30 p.m., according to the California Highway Patrol.

CHP authorities were successful in their PIT maneuver shortly before 3 p.m. just south of Century Boulevard, where the suspect eventually surrendered to police.

The driver, believed to be wanted for possible drug smuggling, led authorities through the 105 and 710 freeways in Lakewood and Lynwood before the chase ended in a congested area on the Harbor Freeway.
Related topics:
south los angeleslos angelespolice chasecalifornia highway patroldrugs
Copyright © 2021 KABC-TV. All Rights Reserved.
More Videos
From CNN Newsource affiliates
TOP STORIES