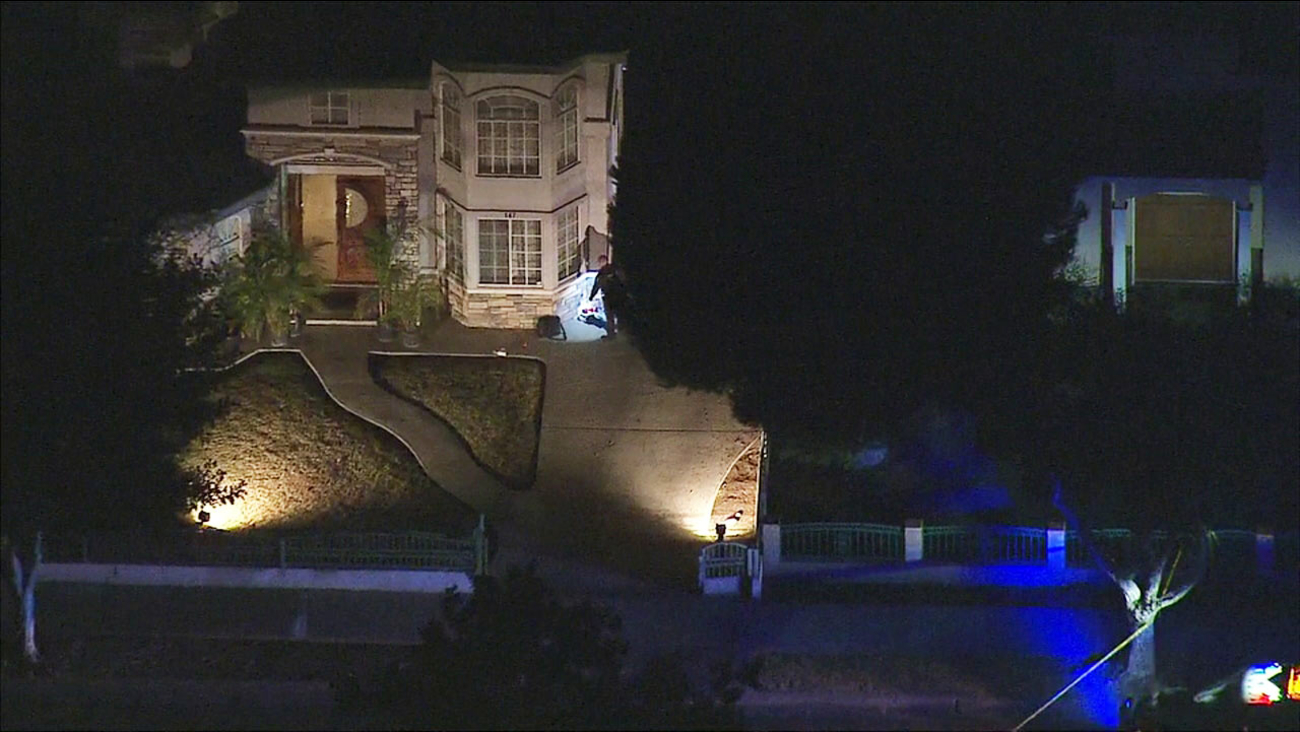 Police conduct their investigation at a home in the 100 block of West Chestnut Avenue in San Gabriel following a home invasion on Monday, Jan. 11, 2016. (KABC)

KABC
SAN GABRIEL, Calif. (KABC) -- Two people were hurt in a violent home invasion in San Gabriel. Now, the search is on for the suspects responsible.

Police responded to a 911 call from a home in the 100 block of West Chestnut Avenue around 9 p.m. Monday.

Officers found a 43-year-old man and a 39-year-old woman, both with serious head injuries.

The victims told police that two men knocked on their front door and struck the woman in the head with a gun when she opened the door.

The man said he scuffled with the intruders, who then fired three shots before taking off.

Both victims were taken to the hospital in stable condition. Authorities said two other females at the home were not injured.

One of the suspects was described as heavyset and the other was said to have a thin build. Police said the gun they used was a small-caliber handgun.