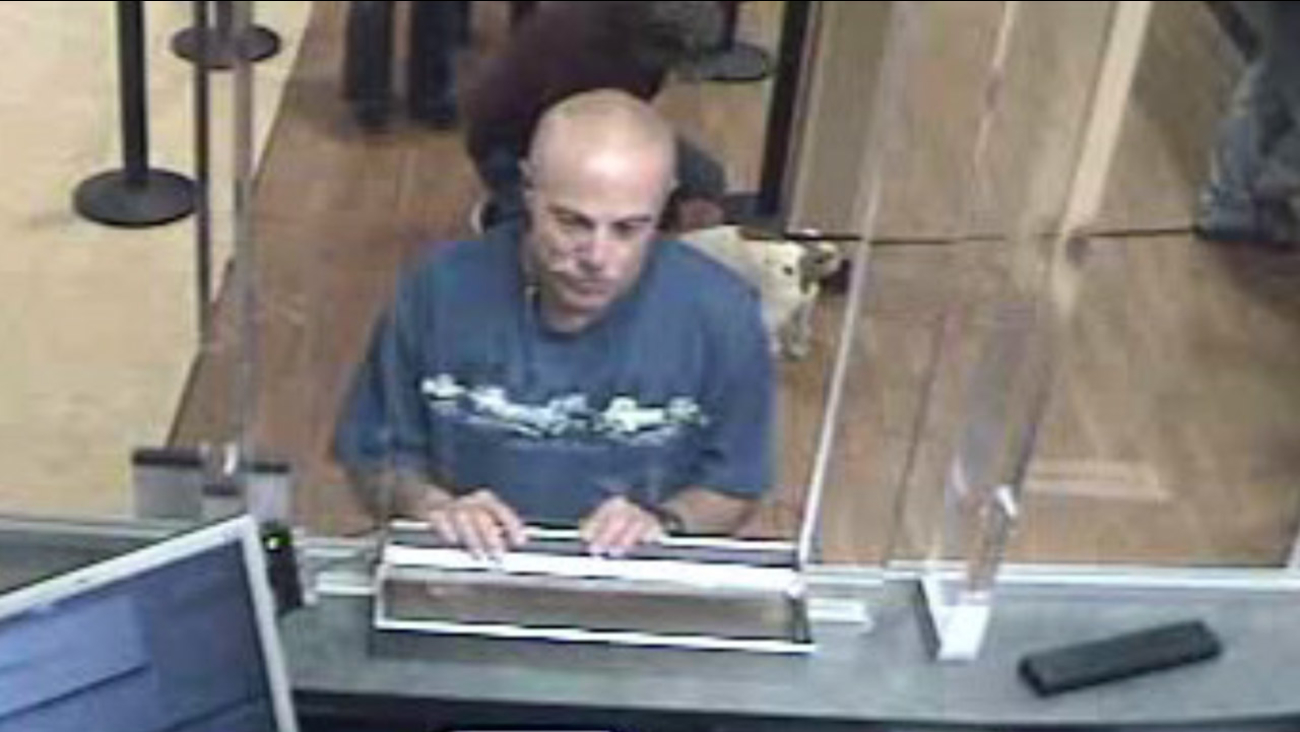 A bank robbery suspect is shown in surveillance video from a Ventura Chase Bank branch on Friday, Jan. 15, 2016. (KABC)

VENTURA, Calif. (KABC) -- A suspect who robbed a Chase Bank in Ventura was arrested Saturday.

Around 3:21 p.m. Friday, authorities received a 911 call from an employee at a Chase Bank in the 2400 block of Harbor Boulevard.

During the investigation, officers learned the suspect entered the bank, approached the counter and handed the clerk a note saying he was robbing the bank. He demanded cash, but surveillance footage did not show a weapon being used, and the clerk gave him an undisclosed amount of money.

The suspect then fled the bank and was last seen leaving the area on foot. No one was injured during the incident.