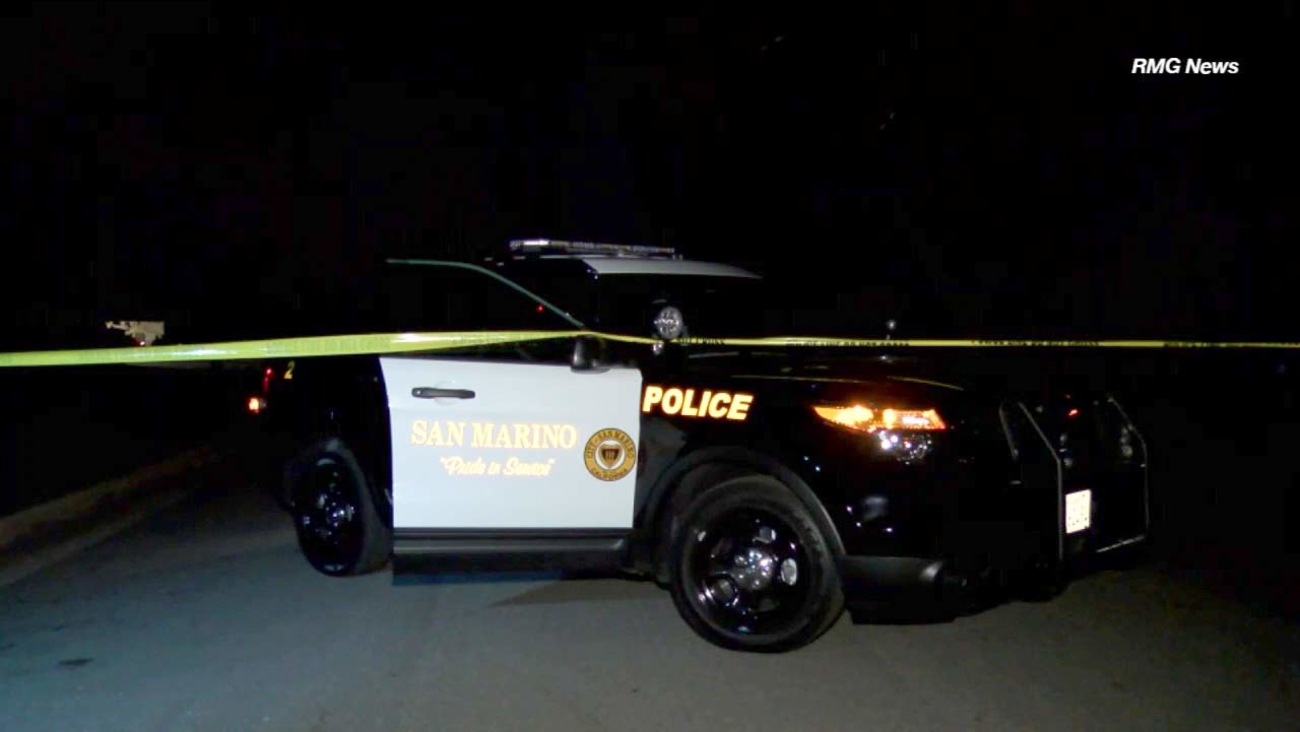 A San Marino police vehicle is parked near the scene of a home-invasion robbery on the 1800 block of Sharon Place on Tuesday, Jan. 26, 2016. (RMG News)

SAN MARINO, Calif. (KABC) -- A search is underway for two suspects following a frightening home-invasion robbery in the San Marino area on Tuesday.

The incident happened shortly after 1 a.m. on the 1800 block of Sharon Place.

The victim said she was sleeping in the spare bedroom when she heard noise coming from the living room.

When she entered the living room, the victim saw a man wearing dark clothing going through a closet.

According to San Marino police, the man grabbed the woman by the hair and forced her into a bedroom, where the victim saw another man in dark clothing walking out of the bathroom.

The first suspect ordered the woman to open a safe. When she refused, investigators said the man struck the woman in the face against the safe.

After the victim complied, the suspects threw her on the bed and struck her, ordering her not to leave.

Police said the suspects took jewelry, cash and art from the home and fled. The approximate value of the items taken in the robbery were estimated to be $45,000.

If you have any relevant information about this incident, you're urged to contact Crime Stoppers at (800) 222-TIPS. You can also text the letters TIPLA plus your tip to CRIMES (274637).
Related topics:
san marinolos angeles countyhome invasionassaultrobberywoman assaulted
Copyright © 2021 KABC-TV. All Rights Reserved.
More Videos
From CNN Newsource affiliates
TOP STORIES