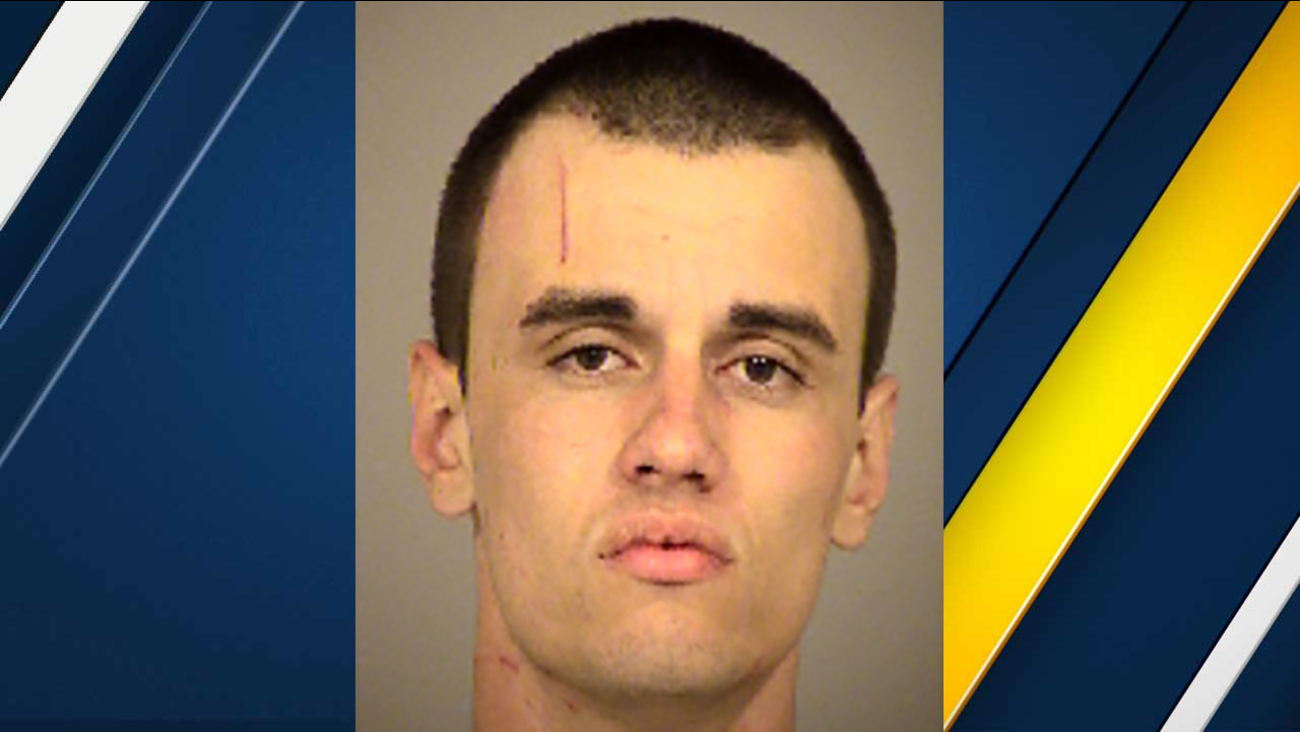 Caleb Bauer, 19, of Simi Valley was arrested on suspicion of kidnapping and robbery on Friday, Feb. 12, 2016.

SIMI VALLEY, Calif. (KABC) -- A 19-year-old man was arrested after allegedly robbing a 7-Eleven in Simi Valley and then kidnapping a customer earlier this month.

On Friday, detectives from the Simi Valley Police Department's narcotics unit learned Bauer was near the Simi Valley Town Center Mall in the 1500 block of Simi Town Center Way. They immediately established surveillance of the area and spotted Bauer on a bicycle.

The suspect fled on foot toward the Jefferson Way Apartments, which are located north of the mall. Patrol, K-9 officers and a helicopter were called to assist police in their search for Bauer. He was eventually found hiding in nearby bushes and arrested on suspicion of robbery and kidnapping.