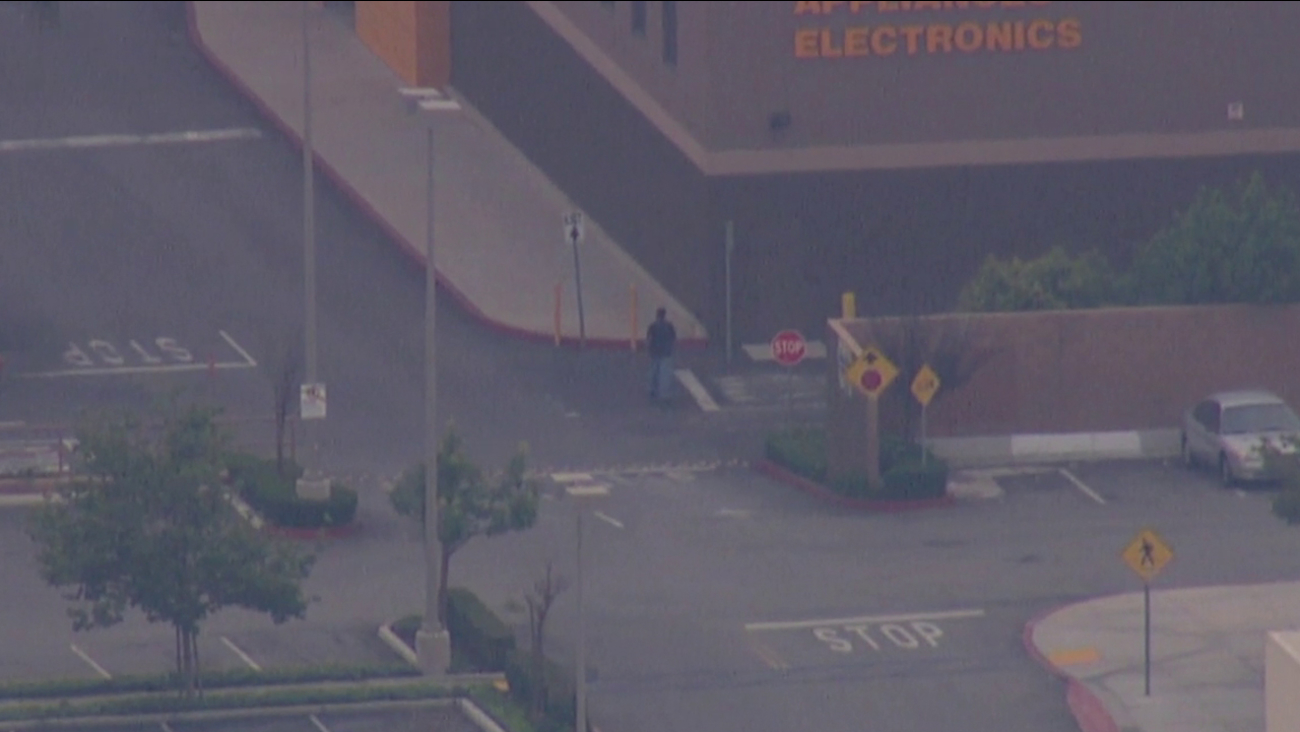 A chase suspect bails on foot near Lincoln Avenue and Euclid Street in Anaheim Tuesday, May 17, 2016.

ANAHEIM, Calif. (KABC) -- A suspect was found hiding in a laundromat after leading authorities on a wild chase and bailing on foot in Anaheim Tuesday, police said.

The pursuit began around 5:56 a.m. in the Lakewood area when sheriff's deputies spotted the suspected DUI driver and attempted to pull him over for reckless driving.

The man took off, driving erratically at high speeds. He spinned and crashed his vehicle near Lincoln Avenue and Euclid Street in Anaheim and fled the scene on foot.