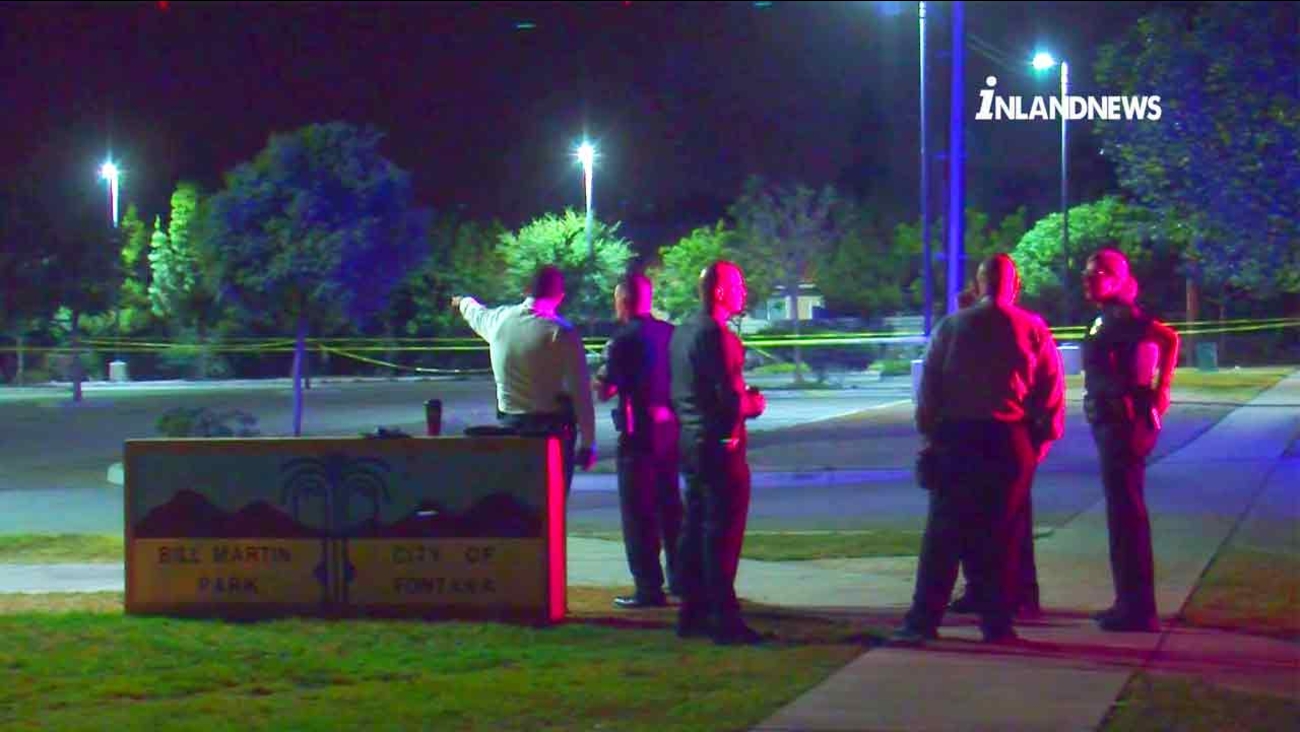 Law enforcement officials investigate the scene of a fatal shooting at Bill Martin Park in Fontana on Tuesday, July 5, 2016.

FONTANA, Calif. (KABC) -- A search is on for suspects after a man was fatally shot in the parking lot of a Fontana park.

Patrol officers with the Fontana Police Department said they were flagged down and informed about a victim who was shot at Bill Martin Park at 7881 Juniper Ave. shortly before 9:30 p.m. Tuesday.

When the officers arrived on scene, they found an 18-year-old man on the ground, suffering from multiple gunshot wounds.

Upon investigation, detectives learned that the victim was in the park's parking lot when he was confronted by several suspects.

At some point during the confrontation, the victim ran from the suspects, who chased after him. Authorities said the suspects shot the victim multiple times, then fled the scene by the time police arrived.

The victim was transported to an area hospital, where he later died from his injuries. The victim's identity was not immediately released.

The investigation is ongoing. Detectives said there were several people in the park who may have witnessed the shooting.

If you have any relevant information about this incident, you're urged to contact Detective Weiske at (909) 350-7774 or Detective Hale at (909) 356-7156.
Related topics:
fontanasan bernardino countysearchgun violenceshootingman killedman shot
Copyright © 2021 KABC-TV. All Rights Reserved.
More Videos
From CNN Newsource affiliates
TOP STORIES