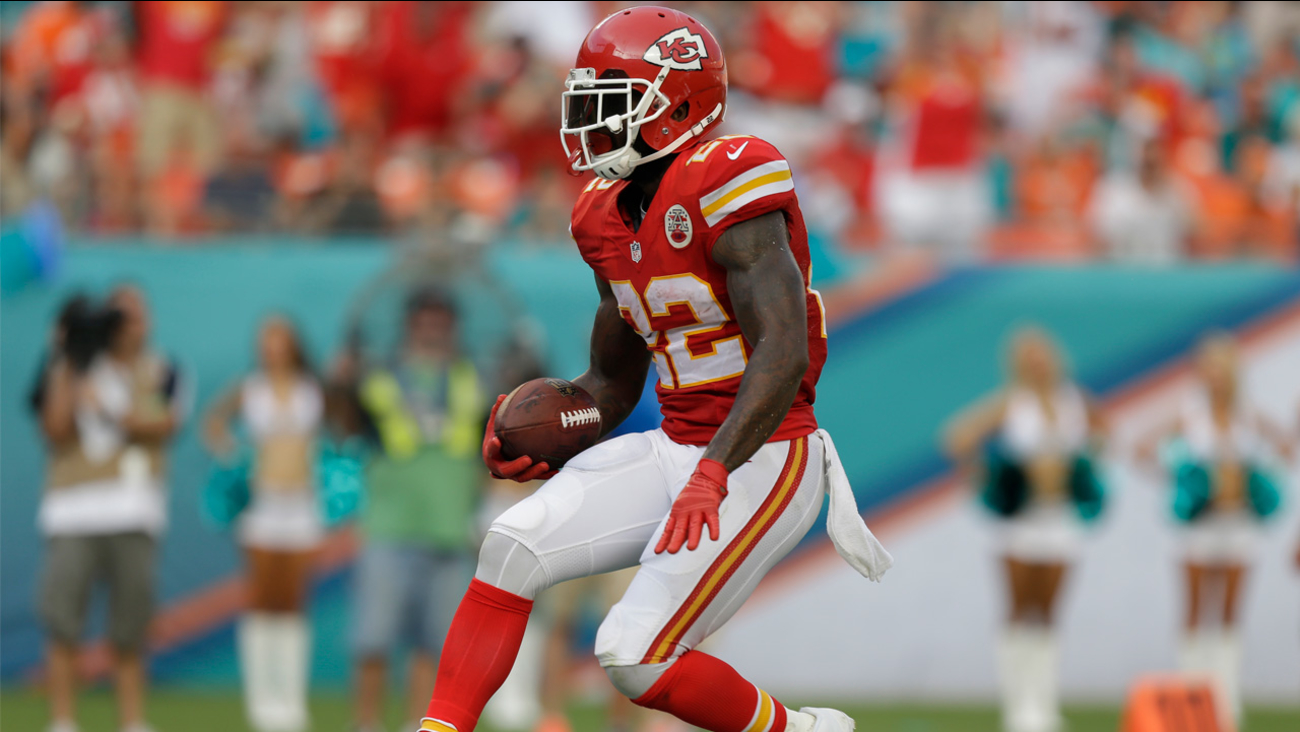 Kansas City Chiefs running back Joe McKnight scores a touchdown during the second half of an NFL football game against the Miami Dolphins, Sunday, Sept. 21, 2014. (AP Photo/Wilfredo Lee)

McKnight, who played for the New York Jets and Kansas City Chiefs between 2010 and 2014, died after an incident that was being investigated as apparent road-rage, according to the Jefferson Parish Sheriff's Office.

Witnesses told investigators that McKnight was involved in an altercation with another driver at an intersection in the New Orleans suburb of Terrytown. Both motorists were standing outside their vehicles when McKnight was shot.

The suspect, 54-year-old Ronald Gasser, remained at the scene and surrendered to authorities.

News of McKnight's death was followed by an outpouring of condolences.

"It happens way too often in our streets," fellow NFL veteran Keyshawn Johnson said in an interview, "not only just to professional athletes but in general. It's like violence all the time.

"You've just got to stay safe out there," he added. "All my prayers go out to him and his family."

USC football head coach Clay Helton was among those who expressed their grief on social media.

"Saddens me to hear the news about Joe McKnight," Helton wrote on Twitter. "Our prayers go out to the McKnight family."

Saddens me to hear the news about Joe McKnight. Our prayers go out to the McKnight family.