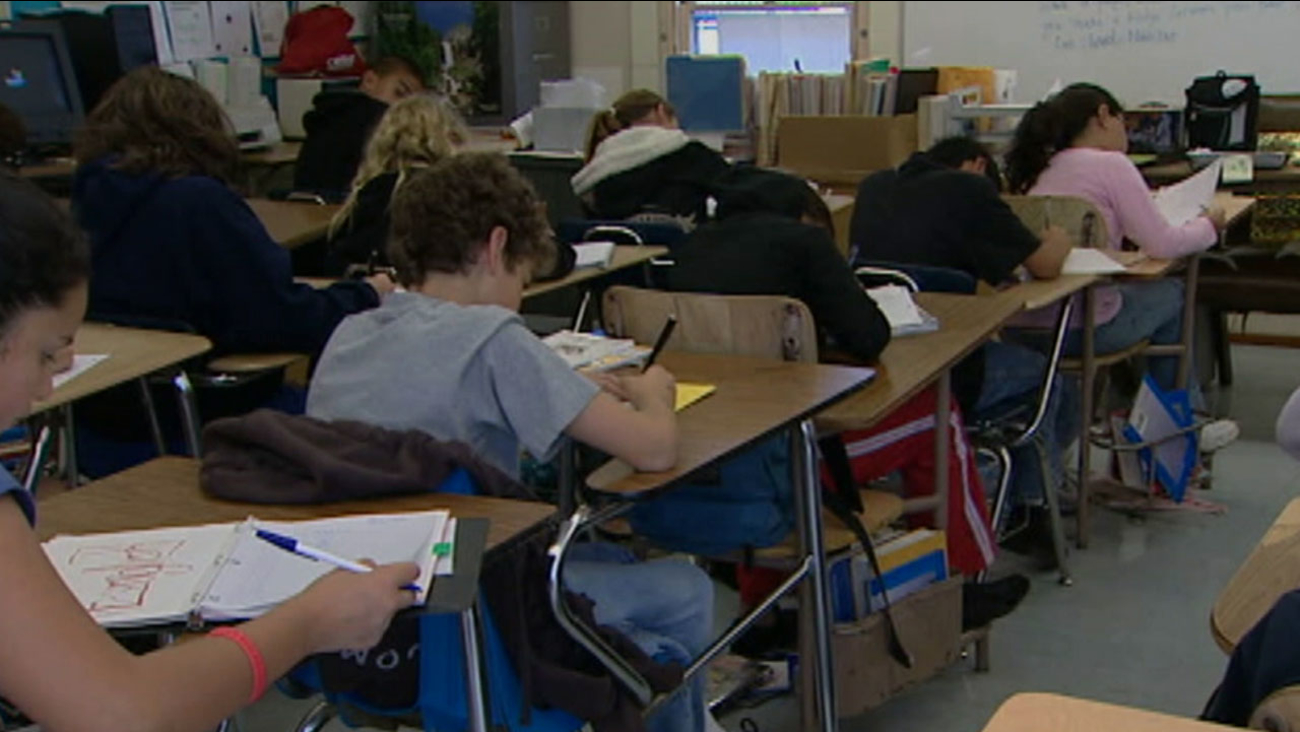 Students sit and study in a classroom in a file photo. (KABC)

The bill, AB 155, would have an educational commission develop a curriculum for students to learn how to spot fake news stories.

"Recently, we have seen the corrupting effects of a deliberate propaganda campaign driven by fake news," Gomez said. "When fake news is repeated, it becomes difficult for the public to discern what's real."

In a press release announcing the bill, Gomez cites a study done by Stanford's Graduate School of Education that shows many young people were unable to tell the difference between a legitimate story and a fake one, as well as being unable to notice hidden advertisements.

Gomez said the onslaught of fake news and the lack of ability for people to notice it poses a "direct threat to democracy."

Fake news became a major issue during the presidential campaign, with many false stories being shared widely on social media.

In one incident, a Washington D.C. pizzeria was said to have been used to harbor child sex slaves for Democrats and Hillary Clinton. A gunman "investigating" the restaurant opened fire inside with an assault weapon. No one was injured, and the man was arrested.