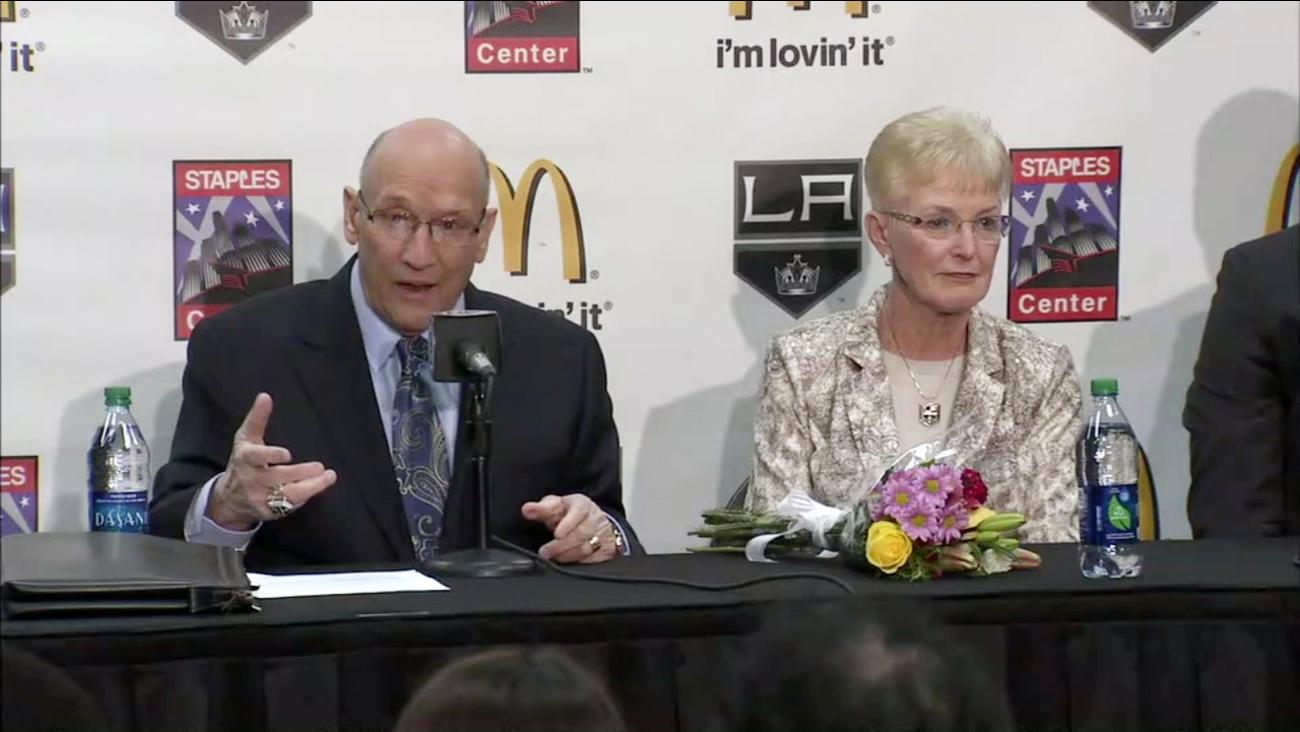 LOS ANGELES (KABC) -- Bob Miller, the longtime announcer for the Los Angeles Kings, said on Thursday that he plans to retire.

Miller, 78, has been the play-by-play announcer for the Kings for 44 seasons.

Miller stated he would retire after his final broadcast on April 9 as the Kings take on the Anaheim Ducks in their regular season finale.

"I don't want this to be a sad situation," he said. "I've had a great time working with people and visiting with fans and everything down through the years."

The announcement was anticipated as Miller suffered a mild stroke on Jan. 28. He also suffered three other health issues in the last year.

Thank you Bob Miller for 44 years and over 3,000 games of greatness! Enjoy your retirement! #GoKingsGo pic.twitter.com/XLap8pTOey

Miller was already working under a reduced schedule.

"After 44 years with the Kings, as of right now 3,351 broadcasts, 57 years in radio and TV, I think it's time to retire and hopefully have some quality time left with my family," Miller said.

The legendary broadcaster, who began working with the Kings in 1973, was inducted into the Hockey Hall of Fame in 2000. He was also honored with a star on the Hollywood Walk of Fame.