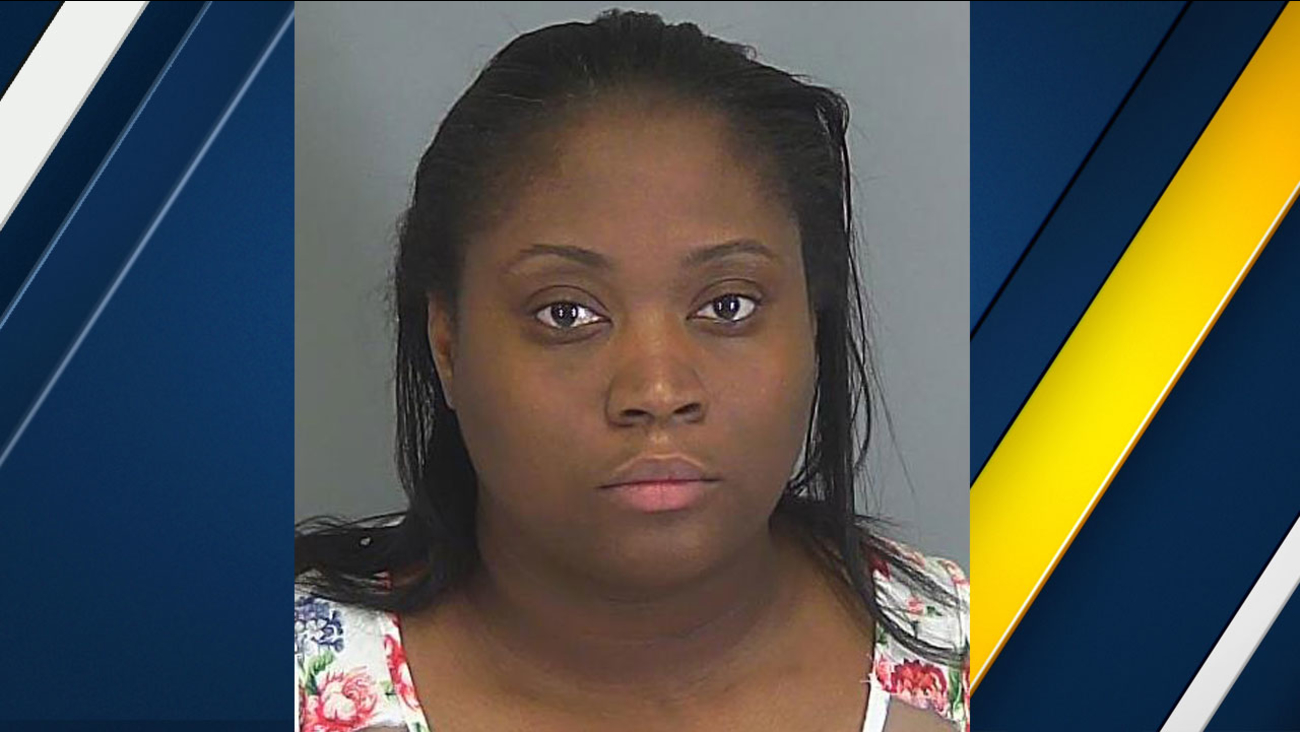 Shontrell Murphy, arrested for hitting her young son after he gave a Mother's Day card to his grandmother but not to her. (Spartanburg County Sheriff's Office)

SPARTANBURG, S.C. -- Police in South Carolina say a woman has been arrested for hitting her young son after he gave a Mother's Day card to his grandmother but not to her.

A Spartanburg Police Department report says Shontrell Murphy is charged with cruelty to children for hitting her son on the head Thursday. His age was not given. He was treated and released from a local hospital.

According to the report, the boy's sister told police that Shontrell Murphy hit the boy hard because he gave his grandmother a card but not her. She then tore the card up.

Police say Shontrell Murphy has been released from the Spartanburg County Detention Center. It wasn't clear Sunday if she has an attorney, and the number listed on the police report wasn't working.
Related topics:
south carolinachild abusemother's dayu.s. & worldparents charged
Copyright © 2020 by The Associated Press. All Rights Reserved.
More Videos
From CNN Newsource affiliates
TOP STORIES