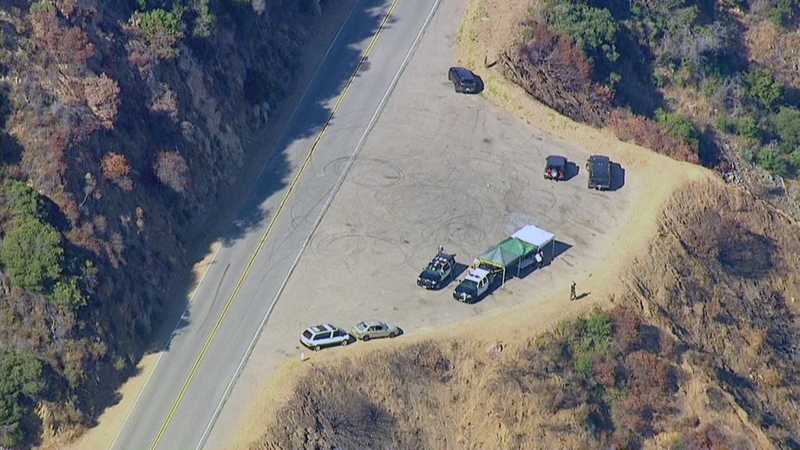 AZUSA, Calif. (KABC) -- Two bodies were found in the burn area of the San Gabriel Complex Fire in the Angeles National Forest north of Azusa on Thursday.

The Los Angeles County Fire Department said it responded to the scene at North San Gabriel Canyon Road near mile marker 22 at about 2:20 p.m.

The scene was located within the burn area of the San Gabriel Complex Fire that started back on June 20.

When fire officials arrived, they said two bodies were located.

Homicide detectives with the Los Angeles County Sheriff's Department were investigating the circumstances surrounding the deaths.

Ricardo Pardo said his family had been searching for his brother Jonathan Pardo, and his cousin Carlos Perez, who went missing in the area the day the fire broke out.

Pardo said the two were dropped off to go camping at 9a.m. that day, just hours before the blaze sparked.

The Pardo family had been out searching every day since they reported their relatives missing and said they found the two bodies at about 2 p.m.

"We saw two bodies lying on the floor. Completely, it was just bones, they were completely burnt," Pardo described. "It's sad because it's been more than a week that they've been up there and my parents have been suffering because they just wanted to find my little brother."

Pardo said his family believed law enforcement didn't do enough to help in the search.