One employee at Taper Avenue Elementary School & Technology Magnet was exiting a campus bathroom at around 8 p.m. Tuesday when she said she came face-to-face with two people dressed as creepy clowns.

"They didn't say nothing. All you can see were the eyes, and they were just standing there like zombies, side by side not saying nothing, no emotions, just standing there," said school employee Carolyn Ricks. "I was like, 'Oh my God.' I didn't know what to do."

Ricks said one of the clowns was wearing a mask with the word "killer" written across the forehead.

School police say the clowns did not commit any crimes and did not appear to be armed.

Authorities said several workers, including janitorial staff, reported encounters with the clowns, who had fled by the time police arrived.

Parents dropping their kids off Wednesday morning were uneasy.

Some parents told Eyewitness News that they heard some threats were made on social media accounts related to San Pedro High School.

Another parent said she told her daughter not to be alone and always be with someone.

Sheriff's officials said there were at least three separate reported incidents, and the purpose seemed to be just to scare people. Regardless, sheriff's officials advised residents to be vigilant and aware of their surroundings as Halloween approaches.

School and law enforcement officials elsewhere in Southern California, including Fontana and Temecula, said they are aware of similar sightings but believe most of them are hoaxes or unconfirmed reports.

"We are also aware that other school districts across the country may have received similar reports. At L.A. Unified, this issue has been deemed a hoax," the statement read, in part.

A clown sighting was also reported in Modesto, with cellphone footage showing a person dressed in all black, with white makeup or mask and a red wig, walking through a park.

Elsewhere in the country, there were reports of clowns chasing a group of students in Chicago's South Side, as well as other threats related to clowns in Pennsylvania, New York and New Jersey.
Related topics:
san pedrolos angelesschool threatpranksocial mediaschoolu.s. & worldclowns
Copyright © 2020 KABC-TV. All Rights Reserved.
RELATED 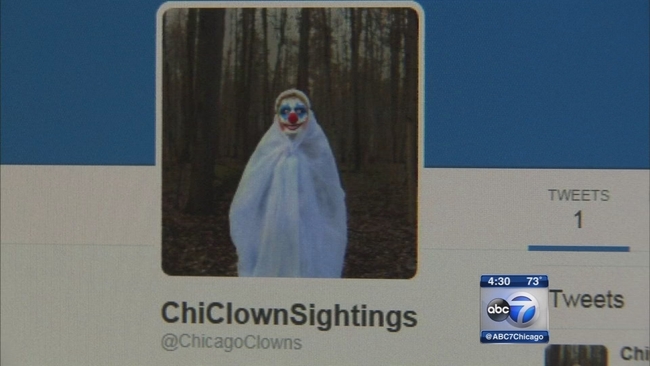