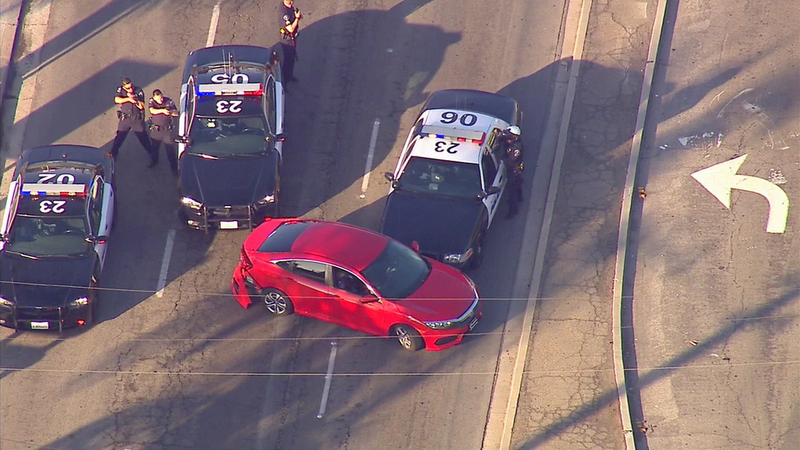 WEST WHITTIER, Calif. (KABC) -- A driver and passenger were taken into custody after a high-speed chase ended in a brief standoff on a street in West Whittier Tuesday morning.

The chase began at about 7:15 a.m. with a report of a stolen vehicle in Buena Park, authorities said.

The driver of a red Honda Accord led police through Norwalk and Downey, on surface streets and the 5 Freeway, before a patrol vehicle executed a PIT maneuver at around 8 a.m.


The four-door was struck from behind after making a right turn; it then swerved and came to a stop while straddling two lanes.

Several officers drew their guns and pointed them at the Honda, whose driver-side door was pinned shut by the front of a police vehicle.