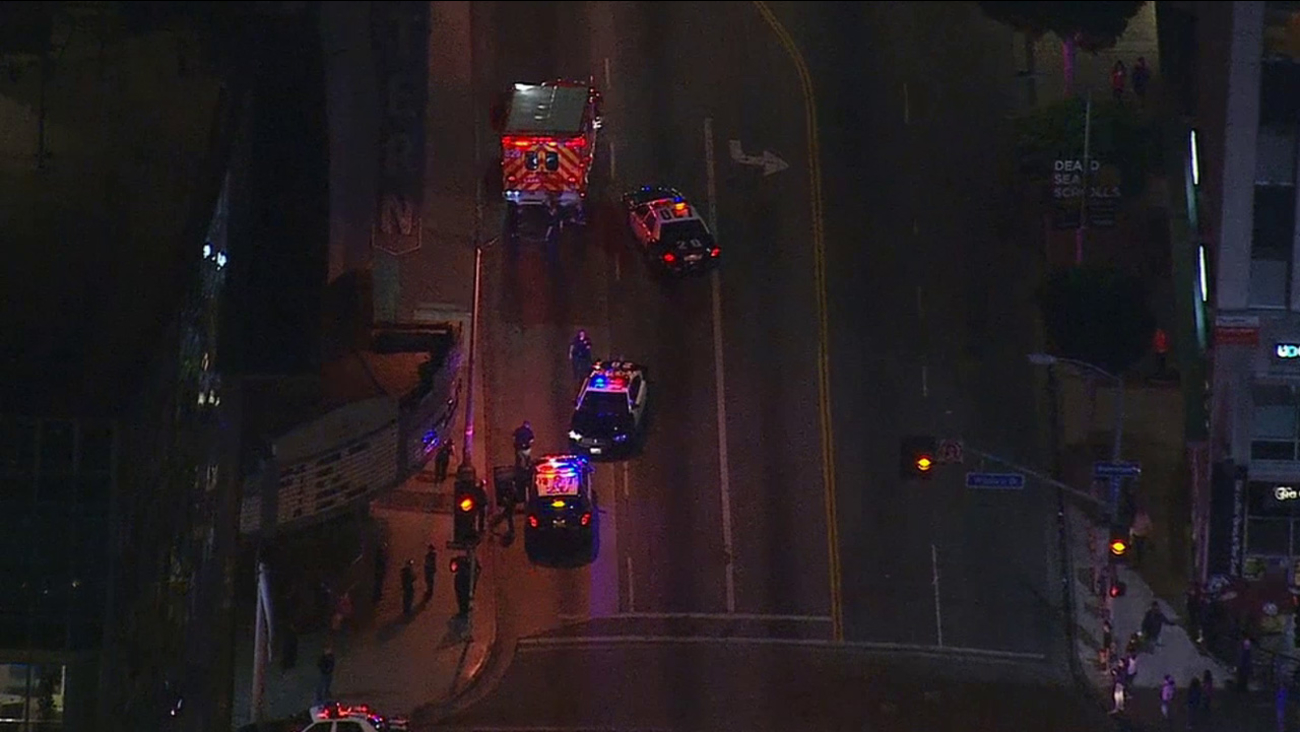 Two LAPD officers were injured following a scuffle with a suspect during a traffic stop near Wilshire Boulevard and Western Avenue in Koreatown Monday, April 20, 2015.

The officers scuffled with the suspect near Wilshire Boulevard and Western Avenue. Additional units responded to an "officer needs help call" shortly after 9 p.m.

According to police, one officer was bitten on the arm by the suspect, and the other sustained injuries to his shoulder.

The officers were transported to Cedars-Sinai Medical Center. The suspect was arrested and taken away by ambulance. Investigators say none of the injuries are life-threatening.