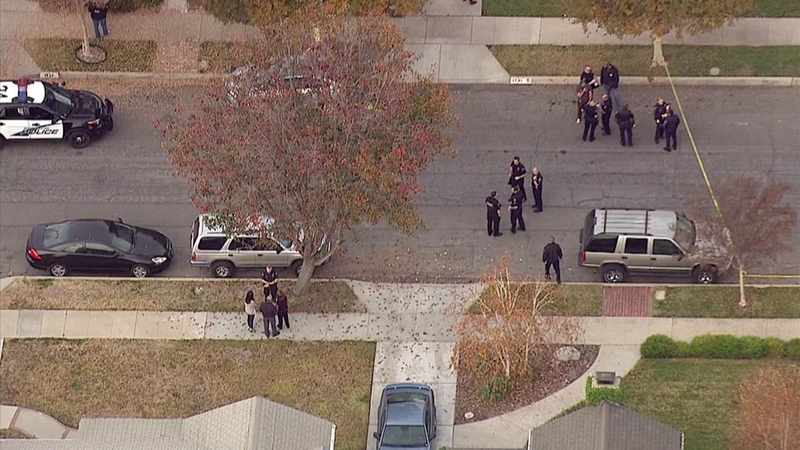 BURBANK, Calif. (KABC) -- Two men were shot in Burbank Wednesday morning, and police are searching for the shooter, who they say fled the scene in a vehicle.

The shooting occurred around 7:20 a.m. in the 1700 block of North Catalina Street.

Police said the suspect opened fire from a four-door silver vehicle and then took off southbound on Catalina Street toward Victory Boulevard. The suspect was only described as a male in his 20s with dark hair.

Rafael Rodriguez works with the gardener. He says he came out from the backyard of the house where they were working and found his helper lying on the ground.

Police are still looking into what prompted the shooting and were trying to determine the relationship between the victims and the suspect.

"This is a very quiet area. We don't hear stuff like that around here. It's very unnerving," said Joyce Rizzo, an area resident.