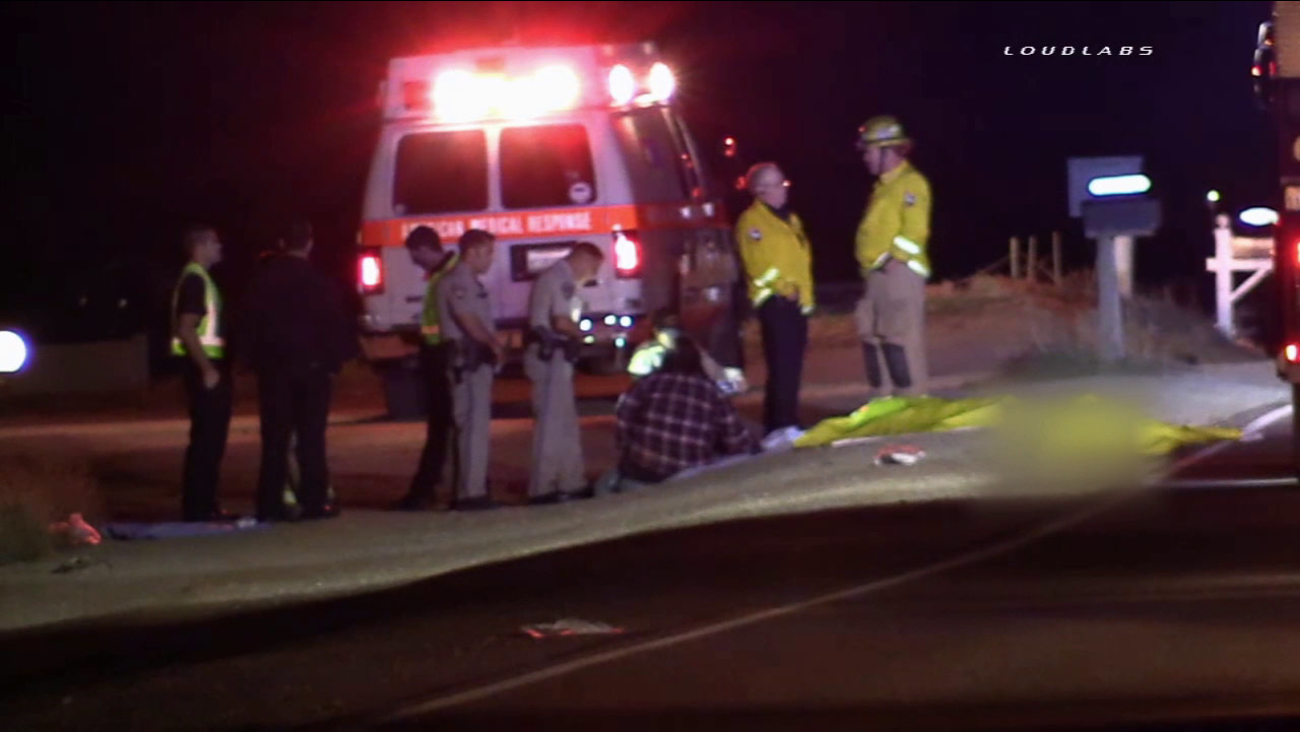 Police investigate the scene of a crash that left two dead and one injured in Winchester Thursday, Oct. 29, 2015.

WINCHESTER, Calif. (KABC) -- Two teenagers were killed and another was critically injured following a violent crash in Winchester early Thursday.

A gray Tundra struck all three pedestrians on the 31700 block of Scott Road shortly after 1 a.m, according to the California Highway Patrol.

Two victims, whose identities remain unknown, died at the scene.

The CHP said the group of pedestrians was involved in a physical altercation after leaving a party, but it was not made clear whether they were on or near the street when the incident occurred.

The driver of the pick-up was coming home from work at the time and stopped to stay with the victims after the crash.

The driver was not arrested.