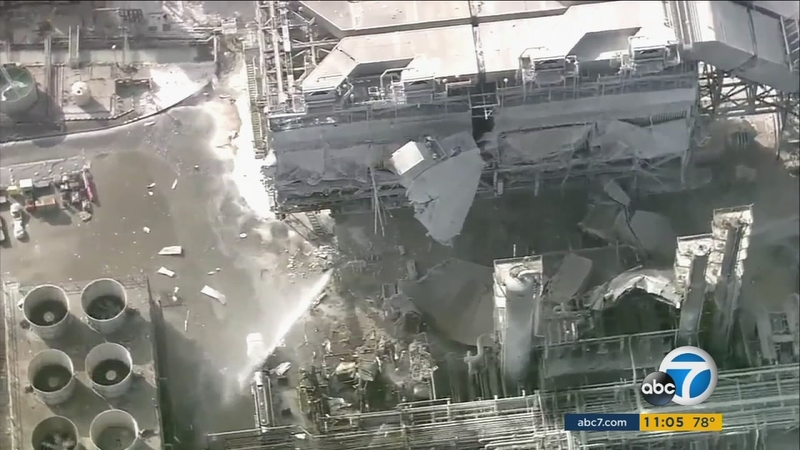 TORRANCE, Calif. (KABC) -- Federal investigators released a damning report about a 2015 explosion at the Torrance refinery, saying the blast was preventable.

The explosion, which occurred Feb. 18, 2015, rocked Torrance like an earthquake, and smoke rose from the refinery in the heart of town. The blast injured four contractors and spewed a cloud of ash onto the nearby community.

"The CSB found that this incident occurred due to gaps in the refinery's process safety management system," said Vanessa Allen Sutherland, chair of the CSB. "Finally, a critical safeguard within the system was degraded to the point of failure."

The report also stated that the explosion nearly resulted in the rupture of a tank storing thousands of pounds of toxic hydroflouric acid. Officials with ExxonMobil, which owned the refinery at the time, disputed that there was ever a threat of a hydroflouric acid release "or risk of harm to the community."

The CSB does not issue any citations, but the report makes a series of recommendations for improving safety at the facility.

AIR7 HD was over the scene of an explosion at the Exxon Mobil refinery in Torrance on Wednesday.

"In life, I'm never going to have all the answers, so we do the best we can preparing, again, for the safety of the community here," said Capt. Robert Millea with the Torrance Fire Department. "Sounds like they're still requesting information."

Shortly after the 2015 explosion, ExxonMobil sold the refinery. The refinery is now owned by PBF Energy, which has yet to comment on the CSB report.