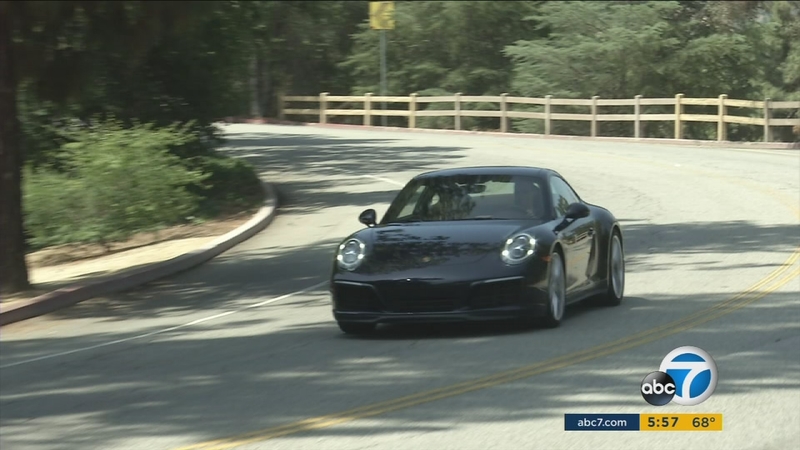 And even though it looks vaguely like every 911 ever made, and very much like the ones in recent years, the newest version has received some major updates, starting with the engine.

It's a little confusing, because there's still a Porsche model called the 911 Turbo. But for the 2017 model year, every new 911 is now turbocharged, following a trend in the auto industry from almost all brands. A smaller displacement engine, aided by turbocharging, for more power from a smaller size, which aids fuel efficiency.

"That's really going to be a difference for you as you rocket up that on-ramp, when you use the car in the low to mid rpm ranges. You're not always redlining the car, and you don't need to with this car, as the torque advantage is significant," added Wiesmann.

Standard on the 911 is a 7-speed manual transmission, with Porsche's advanced PDK automatic continuing as a popular option. Eighty percent of 911 buyers choose it these days.

And since technology is an increasingly important part of cars in the marketplace, Porsche is following suit. From a new standard touch-screen that lets you swipe it like a phone, to blind spot monitoring, to rear wheel steering, which is a new option on the 911 Carrera S.

And another option should save owners from having to repair scrapes on the front spoiler when entering steep driveways or driving over speed bumps. It's a hydraulic lift system for the front of the car.

By pressing a button, the driver can raise the 911 up about 1.5 inches for more clearance.

The front can then be lowered back down by pushing the button again, or it will automatically return to normal height when a speed of 37 mph is reached.

Some worry that a Porsche should remain a driver's car, and that technology is spoiling the fun. Also, that Porsche has spread itself too thin with other vehicles like SUVs. But the folks at the famous German brand insist that now and in the future, Porsche will be a company that caters to driving enthusiasts.

"We are committed to building pure traditional sports cars such as the 911. We are committed to our roots," Wiesmann said.
Related topics:
auto industryporscheauto news
Copyright © 2021 KABC-TV. All Rights Reserved.
More Videos
From CNN Newsource affiliates
TOP STORIES