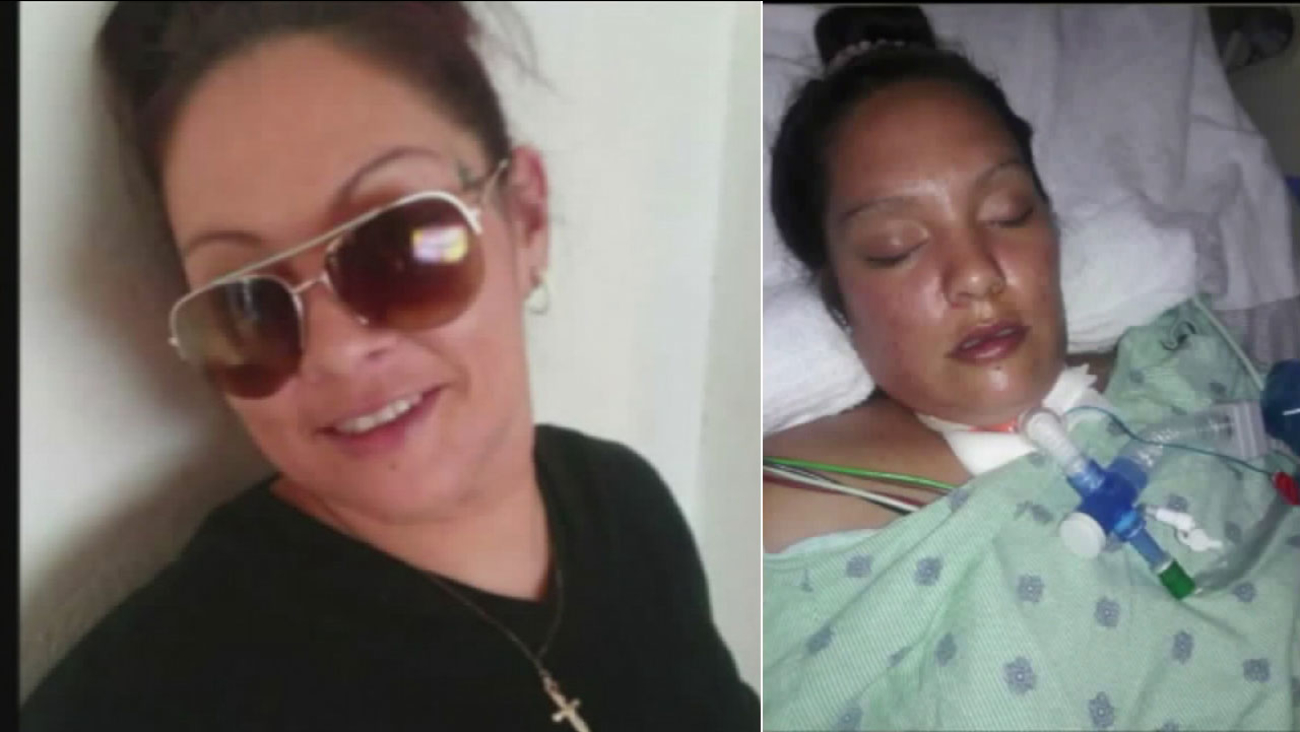 Lavinia Kelly is one of at least five people who contracted botulism from nacho cheese sauce bought at Valley Oak Food and Fuel in Walnut Grove.

SAN FRANCISCO -- A deadly botulism outbreak linked to nacho-cheese sauce confiscated from a Northern California gas station appears to be limited to an opened bag of the sauce, state health officials said Thursday.

The state Department of Public Health said tests on the opened bag sold last month in Walnut Grove, a suburb of Sacramento, have already confirmed the presence of the botulism toxin. In addition, investigators found no traces of the toxin when they tested another unopened bag seized from Valley Oak Food and Fuel station, the department said Thursday.

The outbreak left one man dead and sent nine people the hospital.

A 33-year-old woman has sued the gas station and the maker of the sauce, alleging negligence in the manufacturing, distribution and sale of the product.

According to the suit filed Tuesday in Sacramento County Superior Court, Lavinia Kelly ate tortilla chips with nacho-cheese sauce bought from the station on April 21 and began to feel ill the next day. She was later admitted to a Sacramento hospital where she remains in intensive care. Her sister said she hasn't been able to move much, speak or breathe on her own and is facing a long recovery.

"She called me and told she was having double vision ... by the time she was admitted to the ER, she couldn't breathe and was struggling for air. She passed out a few times. It was scary for her," Theresa Kelly said.

"She was hungry and she stopped for a snack to hold her off until she got home, she never expected a hold-off to potentially kill her," the sister said.

A spokeswoman for Wisconsin-based Gehl Foods said she hasn't seen the lawsuit and couldn't comment on the allegations. A call to the gas station went unanswered.

Gehl has said it's working with federal, state and local health officials to determine what caused the contamination. The company says it retested samples from the lot of cheese linked to the outbreak and that it's clear of contamination.

Botulism, a comparatively rare kind of food poisoning, can lead to paralysis, breathing difficulty and sometimes death. Survivors often are forced to spend weeks or months on ventilators to help them breathe.

The family of the man who died in the outbreak, Martin Galindo-Larios Jr., 37, said on an online fundraising page that he suffered respiratory complications and became unresponsive.

A 16-year-old boy from Walnut Grove has been hospitalized since April 25 after eating nacho-cheese sauce from the gas station, said Laura Uslan, the principal of his high school. An online fundraising page for Johnny Villasenor said he is in critical condition and faces many weeks of recovery.

Kelly's attorney, Bill Marler, said he knows of two other people who fell ill after eating the nacho-cheese sauce but their cases have not been confirmed.