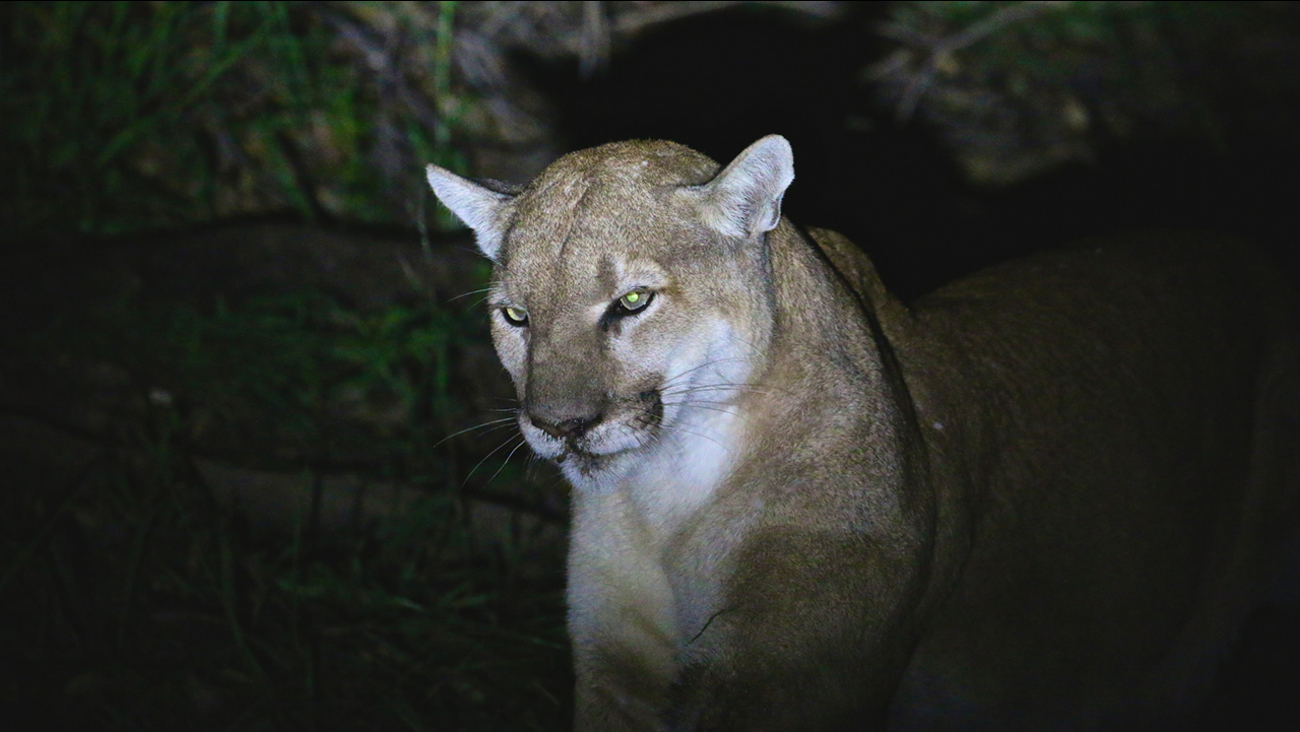 SHADOW HILLS, LOS ANGELES (KABC) -- The mountain lion known as P-41 was found dead on Thursday in the Verdugo Mountains near the Shadow Hills neighborhood.

The cause of death is unclear as there was severe deterioration to the body before the death was reported by a local resident.

The mountain lion, believed to be roughly 10 years old, survived for a few weeks after the recent La Tuna Fire, which burned more than 7,000 acres in the Verdugo Mountains. Wildlife officials are trying to figure out if the blaze was a contributing factor in the animal's death.

The California Department of Fish and Wildlife will conduct a necropsy to better understand what caused the lion to die.


"P-41 had already overcome a number of challenges to survive in a relatively small home range with habitat fragmented by roads and development," said Jeff Sikich, a biologist for the Santa Monica Mountains National Recreation Area.

National Park Service biologists had been tracking P-41 since 2015 as they were interested to learn whether he would remain in the Verdugo Mountains or also use the southern San Gabriel Mountains as part of his territory. 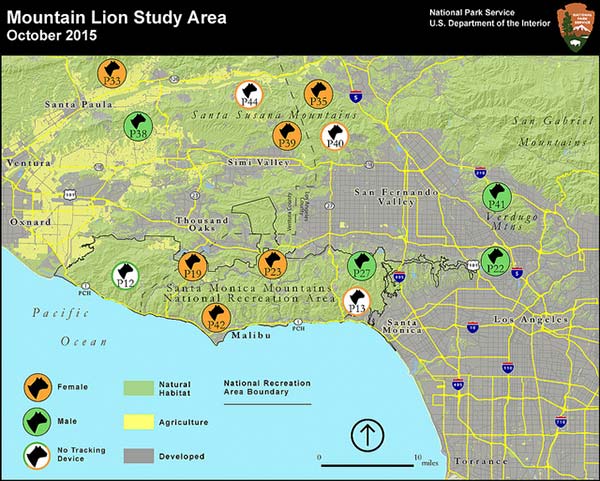 This map from the National Park Service shows the mountain lion study area.

The GPS function on P-41's collar failed earlier this summer, so biologists were unable to track how, if at all, the La Tuna Fire affected his movements.

Since 2002, the National Park Service has been studying mountain lions in and around the Santa Monica Mountains to determine how they survive in an increasingly fragmented and urbanized environment.