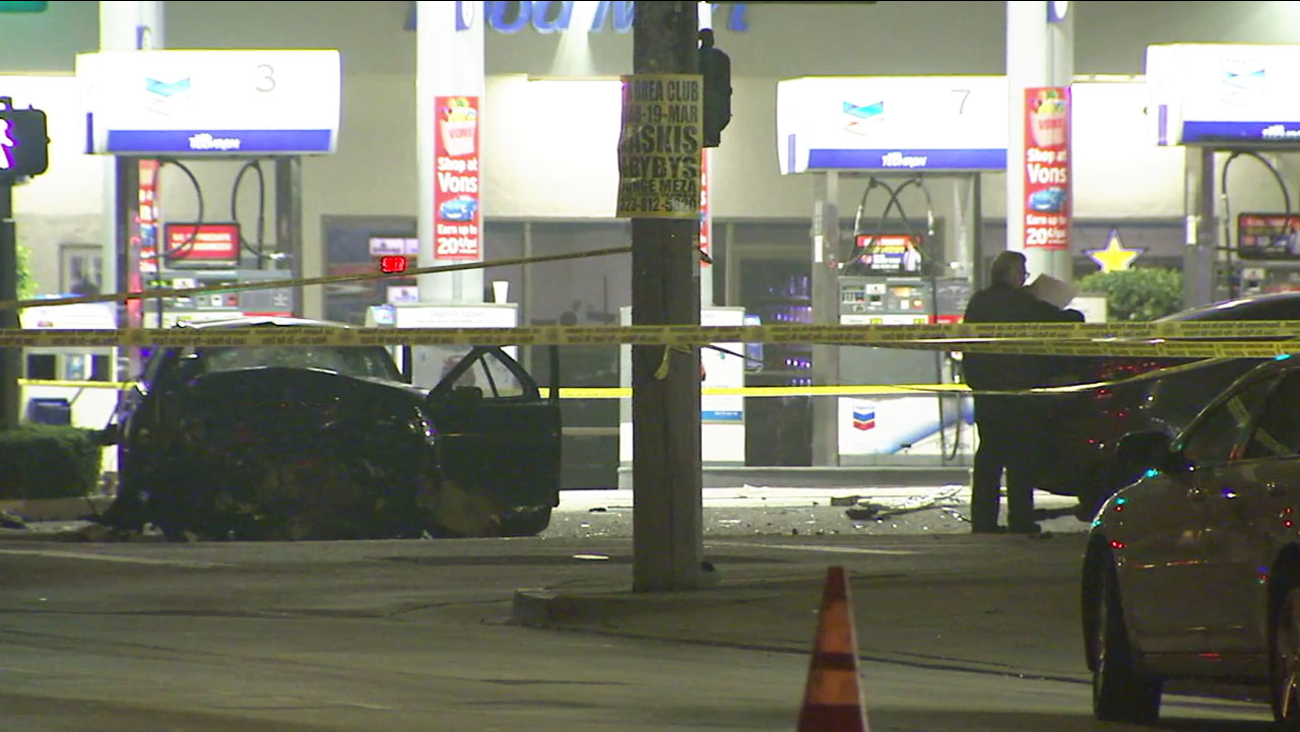 The crash occurred at the intersection of N. Normandie and Melrose avenues around 12:30 a.m.

Authorities spotted a a black Toyota Camry believed to have been involved in a robbery in the Rampart Division and tried to pull the vehicle over, but the driver failed to comply, took off and crashed into at least three other cars, police said.

One of the suspects, who was trapped in the vehicle, suffered a broken leg. He was freed from the wreckage and taken to a hospital with moderate injuries. The two other suspects fled on foot.

A perimeter was set up, and the second suspect was taken into custody. The third suspect was tracked down within the perimeter at about 5 a.m. and taken to a hospital with moderate injuries, LAPD Officer Liliana Preciado said.

The suspects, described as men between the ages of 18 and 25, were booked on suspicion of robbery, Preciado said.

The intersection was shut down for several hours as police investigated.