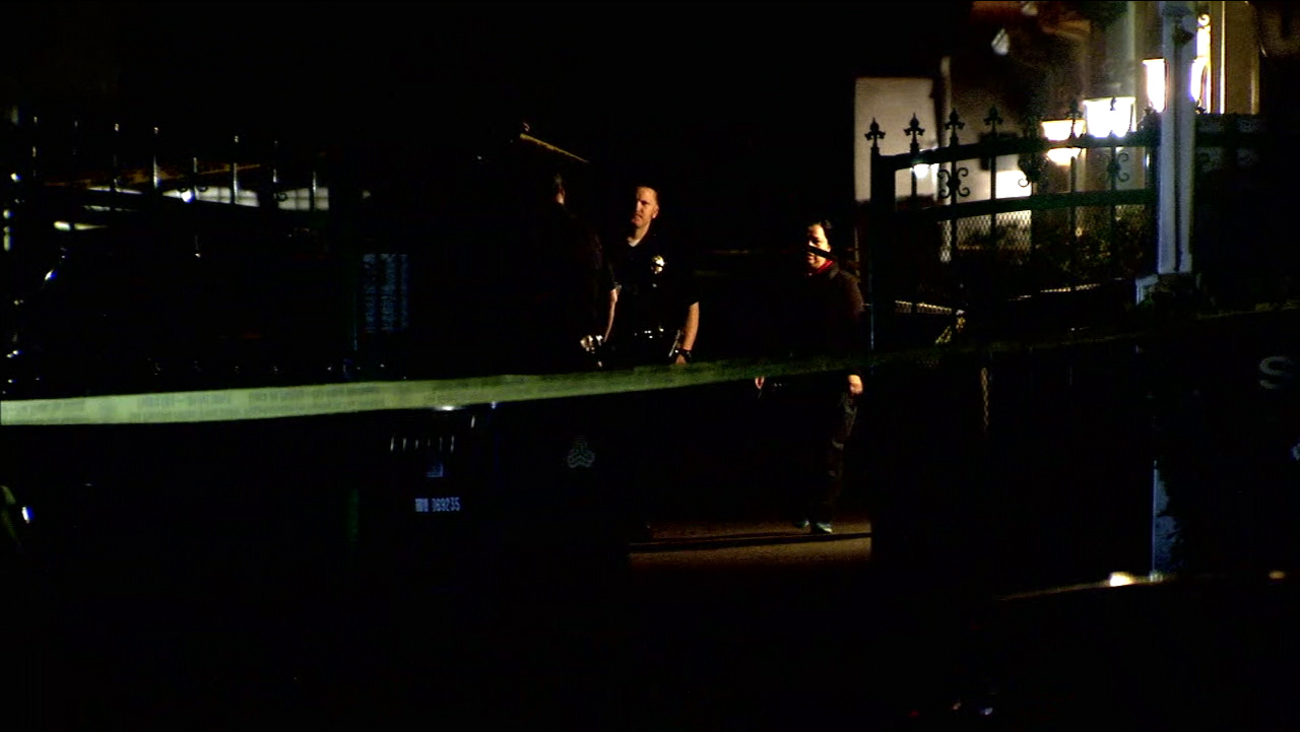 Los Angeles police officers are seen with a burglary suspect at a supermarket in Panorama City on Tuesday, Oct. 4, 2016. (KABC)

The incident was reported at about 3 a.m. at the Seafood City Market in the 8200 block of Woodman Avenue, according to a spokesperson for the Los Angeles Police Department's Mission Division.

Officers responded to the location and initially took one person into custody, the LAPD said. A search was conducted for two other suspects, who were apprehended after police entered the business.