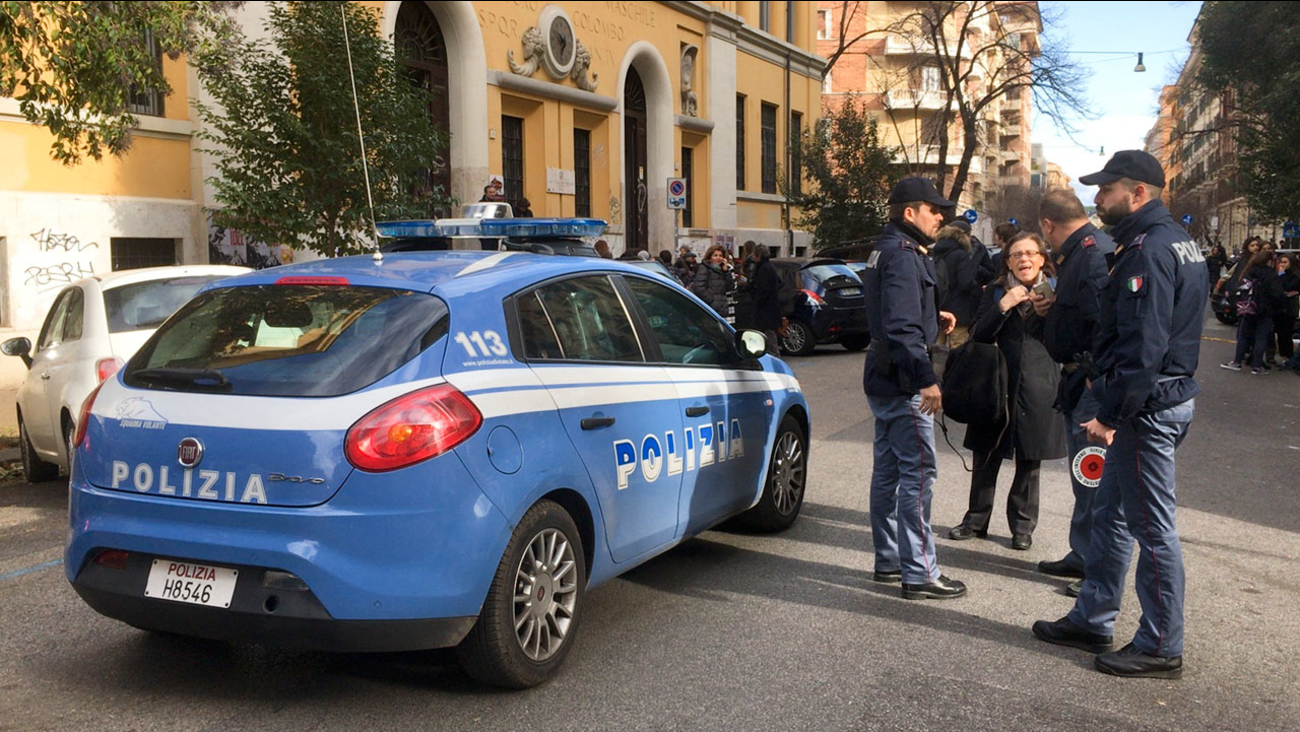 Italian police stand by an evacuated school after three earthquakes hit central Italy in the space of an hour, shaking the same region that suffered a series of deadly quakes. (AP Photo/Paolo Santalucia)

ROME -- Three strong earthquakes shook central Italy in the space of an hour Wednesday, striking the same region that suffered a series of deadly quakes last year and further isolating towns that have been buried under more than a meter (3 feet) of snow for days.

Premier Paolo Gentiloni said it appeared no one was killed, but that it was a "difficult day" for Italy.

Several towns and hamlets in the quake zone had already sounded the alarm in recent days that they were without electricity and were isolated from highways due to the unusually heavy snowfall that has blanketed much of central Italy.

The quakes only made matters worse, knocking out some cell phone service, hampering emergency responses and sending quake-weary residents into panic.

"The situation is really getting extreme," said the mayor of Canzano, Franco Campitelli. "It's snowing hard. We're without electricity. We hope the army gets here soon with snow plows or we risk being completely isolated," he told Sky TG24.

The quakes, which had their epicenters in the L'Aquila region, were felt as far away as Rome, 150 kilometers (100 miles) to the southwest.

In the Italian capital, the subway was closed as a precaution, parents were asked to pick up their children from some schools, and offices, banks and shops were evacuated temporarily.

But elsewhere in Rome at the Vatican, Pope Francis' Wednesday general audience went off without a hitch.

Dozens of aftershocks continued to rock the area. The mountainous region was slammed by three quakes last year, killing nearly 300 people in and around the medieval town of Amatrice and causing significant damage to older buildings. The tower of one of Amatrice's churches toppled in Wednesday's quakes.

L'Aquila itself suffered a devastating 6.3-magnitude earthquake in 2009 that killed more than 300 people.

Mayor Maurizio Pelosi of Capitagno, near the epicenter of Wednesday's quakes, said even before the earth shook many roads into and out of the town were blocked due to the snow.