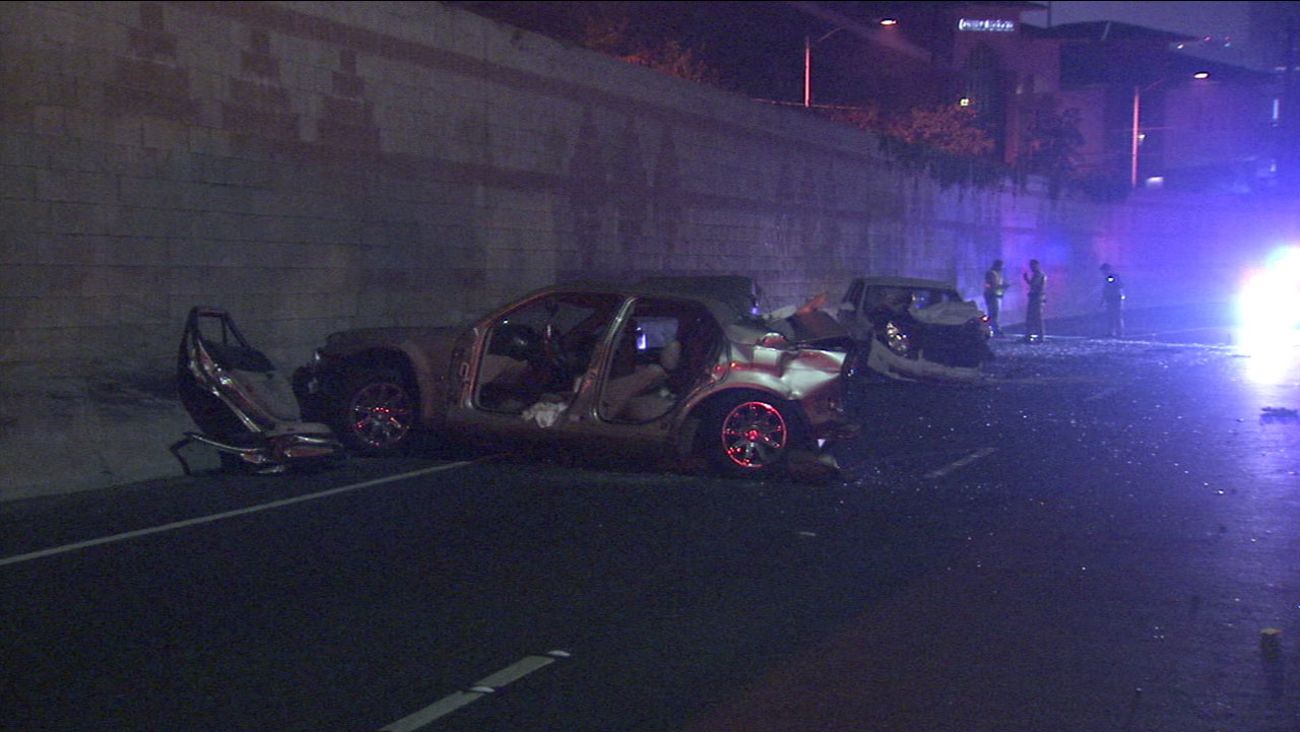 Authorities investigated the scene of a three-car crash on the 110 Freeway in Elysian Park that left four people seriously injured on Saturday, Nov. 4, 2016. (KABC)

Authorities said the crash happened around 6:40 p.m. on the freeway just south of the 5 Freeway. Some of the people involved in the crash had to be extracted from their cars, according to the California Highway Patrol.

A 23-year-old man suffered only minor injuries and was taken into custody, authorities said.