2 NYPD officers shot in the Bronx; suspect at large 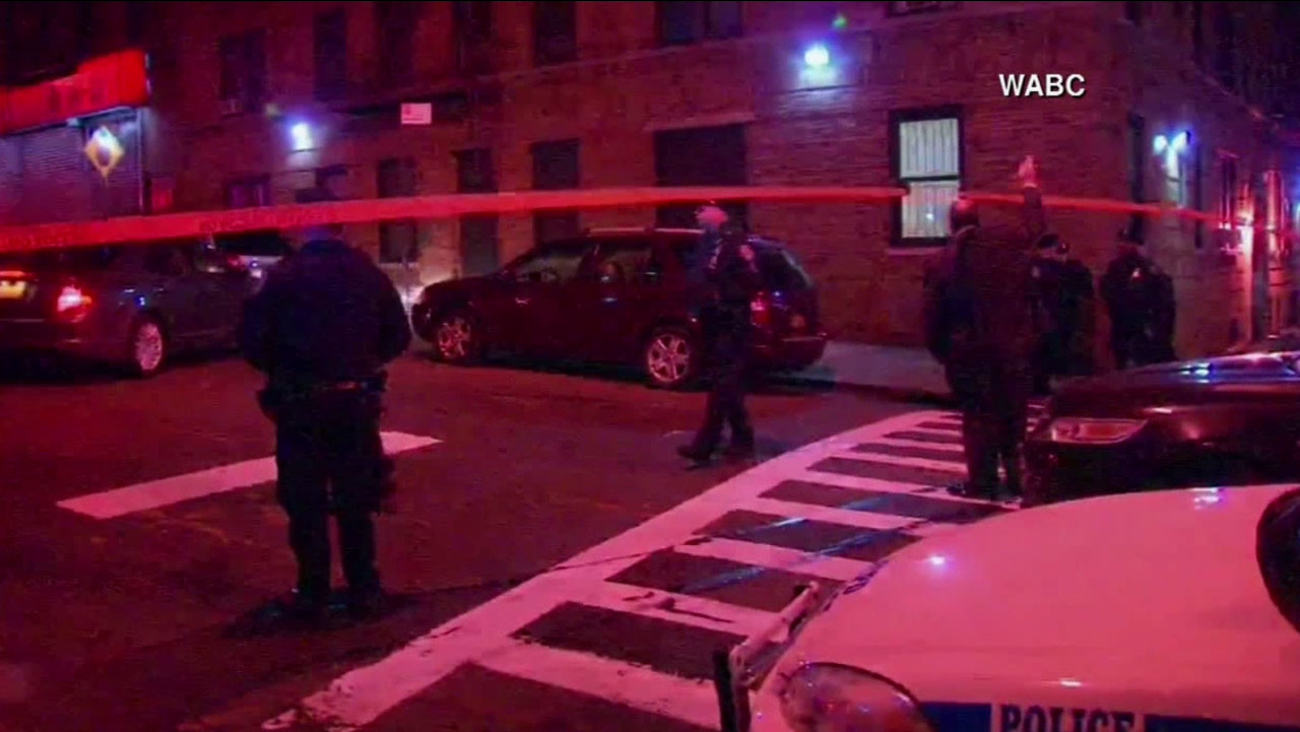 The shooting occurred at East 184th Street and Tiebout Avenue. The officers were apparently responding to a robbery at the time of the shooting.

The officers were rushed to St. Barnabas Hospital. Their injuries are not believed to be life-threatening.

A revolver was recovered at the scene. At least one suspect fled in a rental vehicle that was involved in an accident and later abandoned.

Police are still searching for the suspect. New York Police Department officials say the incident does not appear to be a targeted attack on police.

The shooting comes just more than two weeks after Officers Rafael Ramos and Wenjian Liu were gunned down in their patrol car in Brooklyn by 28-year-old Ismaaiyl Brinsley, who vowed online to kill "pigs."

Brinsley, wrote on an Instagram account: "I'm putting wings on pigs today. They take 1 of ours, let's take 2 of theirs," officials said. He used the hashtags Shootthepolice RIPErivGardner (sic) RIPMikeBrown. He later committed suicide.

WABC-TV and The Associated Press contributed to this report.