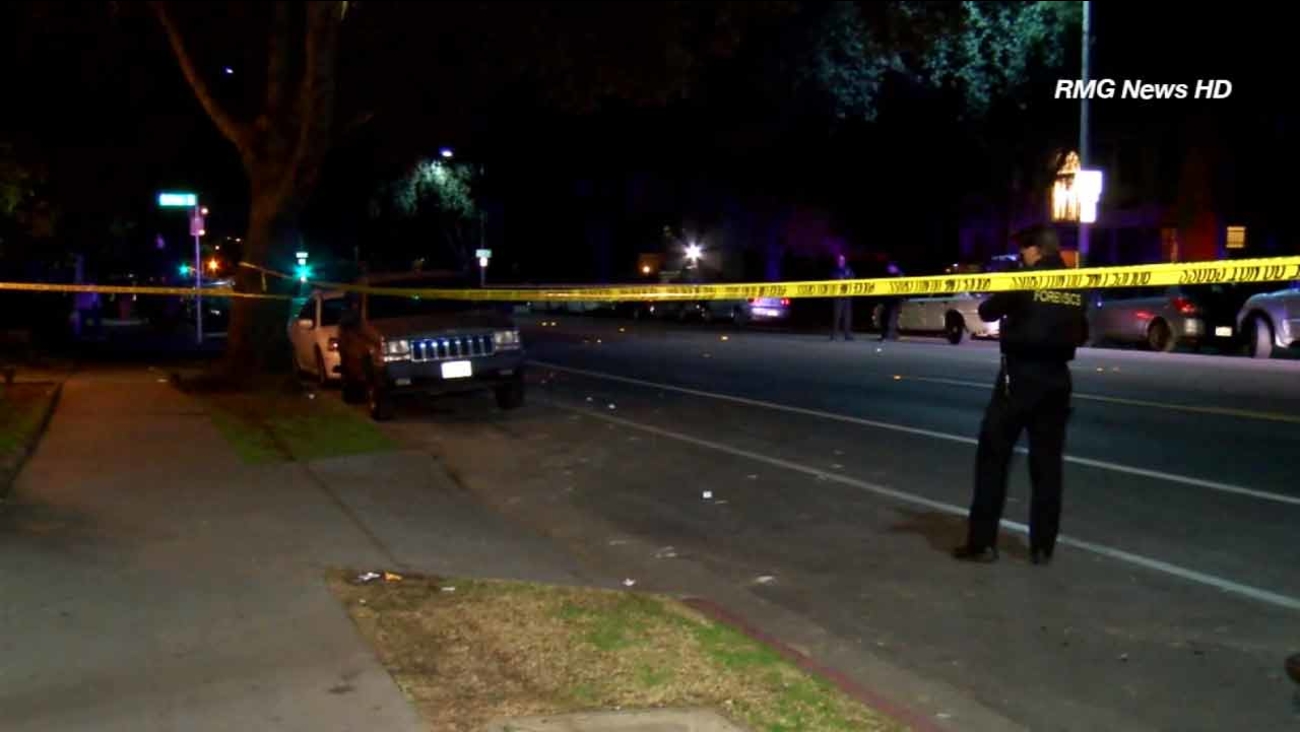 Crime scene tape ropes off the scene of a shooting in Pasadena on Tuesday, Jan. 6, 2015. (KABC)

PASADENA, Calif. (KABC) -- A cyclist is recovering after he was shot in a Pasadena neighborhood just one block away from the scene of another shooting a day before.

The cyclist, 21, was shot shortly after 11 p.m. Tuesday near the 600 block of North Marengo Avenue. It remains unclear how many times the cyclist was struck.

Officials said medics rushed him to an area hospital, where he underwent surgery. Authorities said on Wednesday that the man is recovering.

Investigators said a similar shooting occurred on Monday just a block away from where the cyclist was hit. It remains unknown if the two shootings are related.