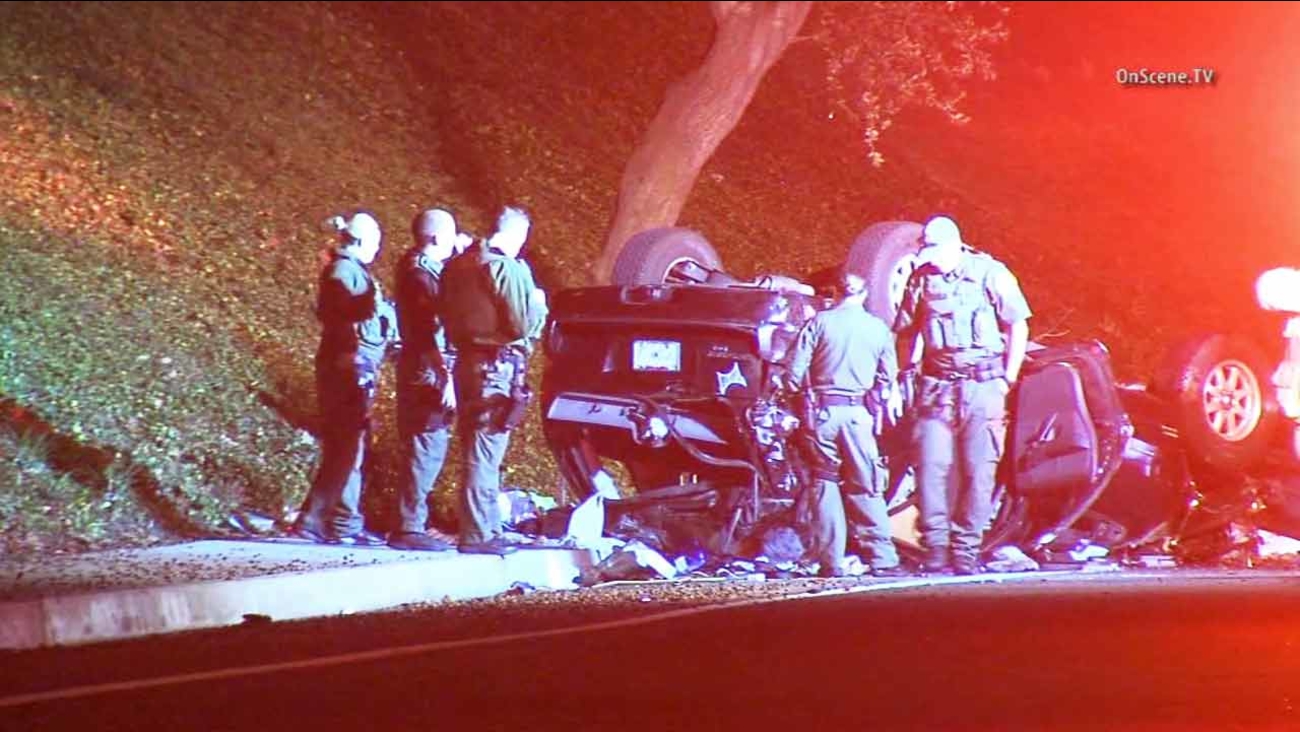 Law enforcement officials investigate the scene of a rollover crash following a chase in Mission Viejo on Friday, Jan. 9, 2015. (KABC)

The Orange County Sheriff's Department said the pursuit began in Lake Forest at around 10:30 p.m. Friday after officers spotted a suspected DUI driver. Officers pursued the 2002 Ford Explorer through the cities of Lake Forest, Irvine and Mission Viejo.

The pursuit ended with a rollover crash on Trabuco Road and Carlota Drive.

Investigators said the 18-year-old female driver was seriously injured. She was transported to a nearby hospital where she remains in grave condition.

A 20-year-old male passenger remains hospitalized after suffering moderate injuries. An 18-year-old female passenger was also injured, but has since been released from the hospital.

During the later investigation, officers determined the vehicle had been reported stolen on Wednesday. Illegal narcotics were also located at the scene.

The investigation, which is being led the California Highway Patrol and the Orange County Sheriff's Department's Traffic Bureau, remains under investigation.

No arrests were made pending further investigation, sheriff's officials said.