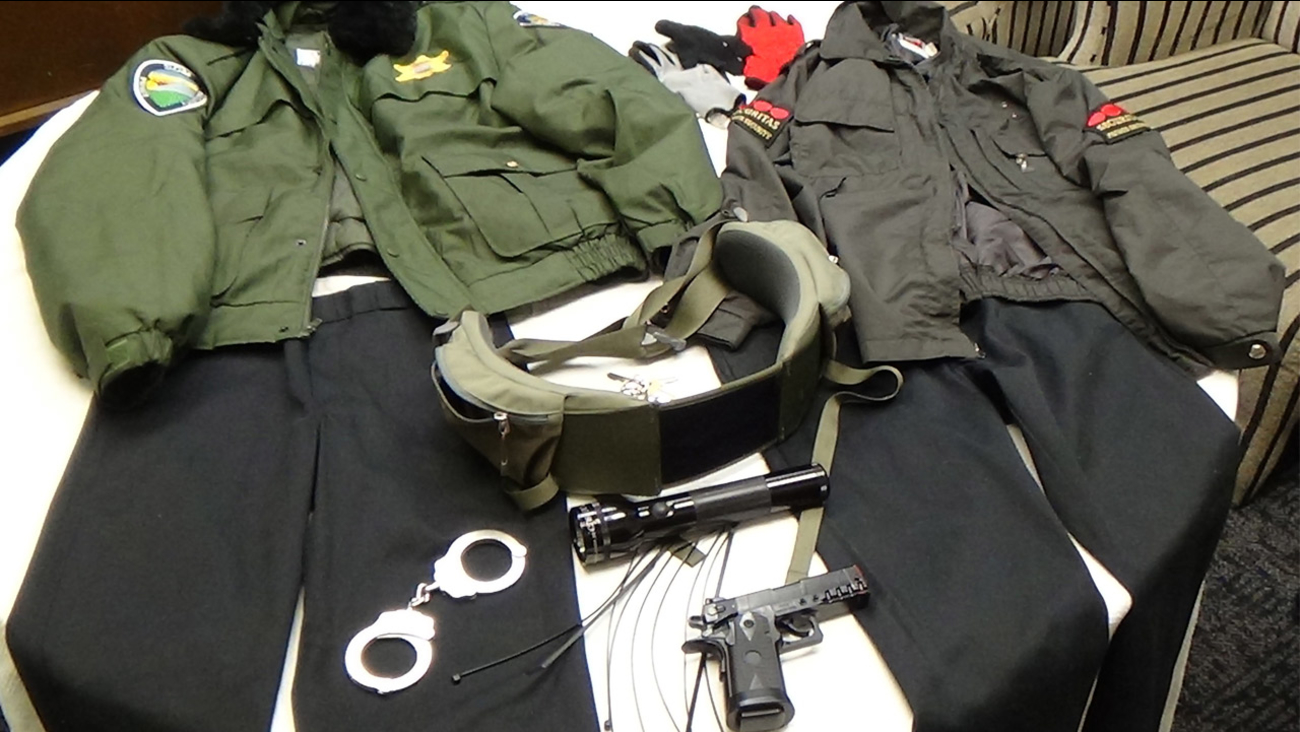 At 12:45 p.m. on Jan. 9, two women dressed in police-type uniforms drove up to a bicyclist in the 1800 block of Susana Road in Rancho Dominguez. The two women claimed to be officers, handcuffed the bicyclist and then robbed him of his possessions, authorities said.

Moments later, the same two women attempted to stop a pedestrian and presented themselves as police officers near the 18000 block of Santa Fe Street. In both instances, the women used a white 1999 Lexus RX300 SUV.

The women were described as Hispanic, with one showing numerous tattoos on both arms.

Carson Station detectives were able to positively identify the two suspects and started a surveillance operation.

On Tuesday, the two women were detained, issued search warrants and detectives found replica handguns, two uniform jackets with police-like patches, handcuffs, strip-ties, a flashlight and gloves in their home.

The investigation is ongoing and booking photos of the two women are not being released at this time.

Anyone with additional information is asked to contact Detective Gus Ramirez at (310) 847-8366.