Department of Water and Power workers lower a water pipe into the ground in this 2015 photo. (KABC)

LOS ANGELES (KABC) -- Earthquake-resistant water pipes are being installed at critical locations around the city of Los Angeles, including near the epicenter of the Northridge earthquake. The pipes are designed to bend without breaking during a quake.

The deadly Northridge quake of 1994 caused a lot of devastation. It crippled a part of the city's infrastructure that critically affected Northridge Hospital Medical Center.

"After the '94 quake, as I mentioned, it took 10 full days to return to safe drinking water, and that affected this hospital. That was 10 days too long," said Los Angeles Mayor Eric Garcetti.

Now 21 years after that 7.1-magnitude temblor, the city is forging ahead with a $10 million project to lay earthquake-resistant pipe in five critical areas in Los Angeles.

Right now, our pipes in the ground have about a 1 percent fIex. The new seismic pipes are jointed and have about a 10 percent flex, allowing expansion and contraction during an earthquake and hopefully preventing breaks.

Officials say the technology behind the pipes is ground breaking. They are made by a company in Japan and have proven effective though the many quakes in that country.

Northridge is the second seismic pipe site. The first was in Sherman Oaks. Three more sites will be retrofitted before December 2016.

"The reasons for these efforts is to provide safe and reliable water and sustain life and firefighting efforts here in our water system," said Joe Castruita with the Department of Water and Power.

Although right now it is not cost-effective to replace all pipes, officials hope this project will stop breaks at critical points in our city.

"Instead of trying to resist Mother Nature with pipes in the ground that have to move with the ground, it moves with flexibility," said Craig Davis with the Department of Water and Power. 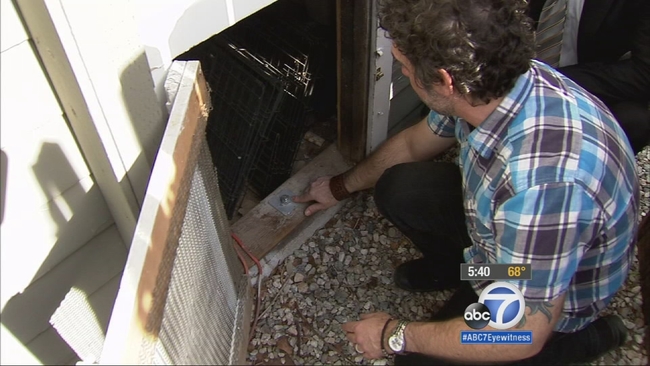