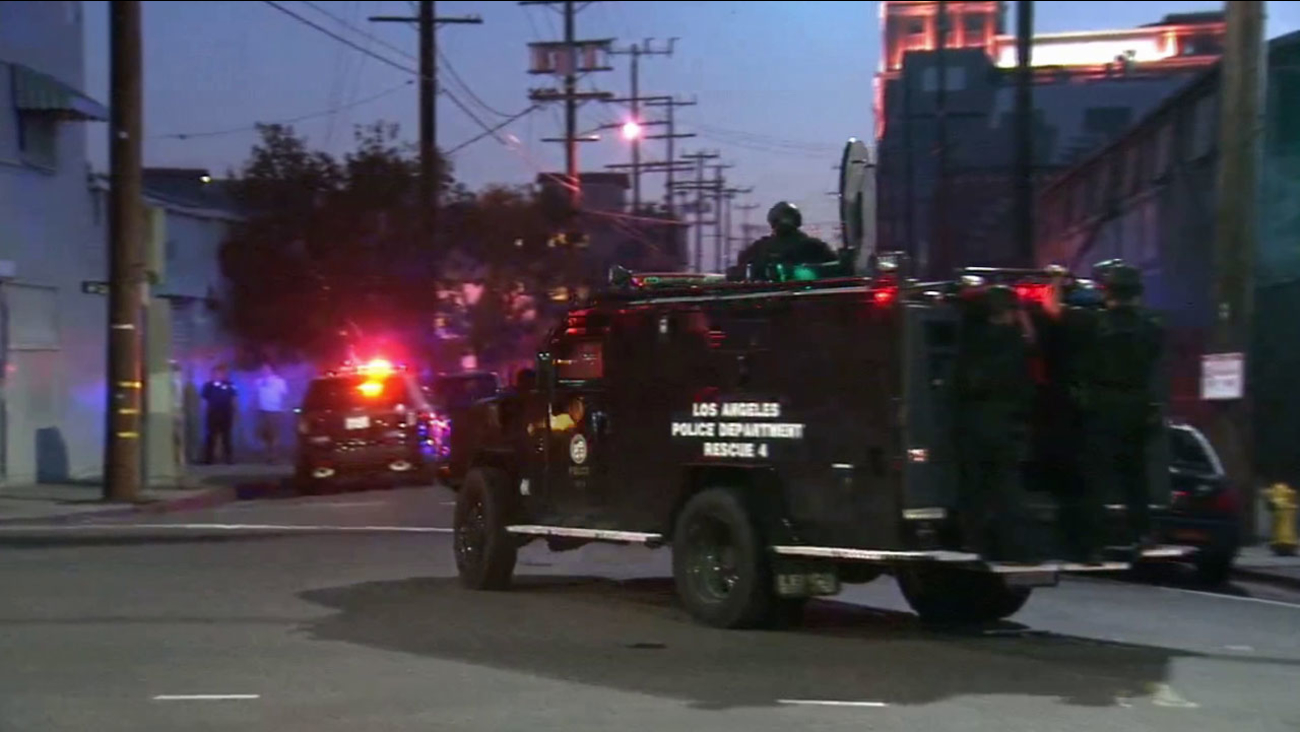 LOS ANGELES (KABC) -- The armed suspect who was fatally shot by LAPD officers in downtown Los Angeles Saturday afternoon has been identified as 24-year-old Pablo Meza of Visalia.

Meza was killed near the intersection of 6th and Mateo streets just after 5 p.m. after officers responded to a report of a man firing shots in the air.

Pablo Meza, 24, of Visalia was fatally shot by LAPD officers near the intersection of 6th and Mateo streets in downtown Los Angeles Saturday, Jan. 17, 2015.

Carrie Kravetz took a picture of the suspect, about 15 feet away, seconds before police opened fire.

Meza was pronounced dead at the scene. No officers were injured.

It's unknown whether the suspect was under the influence of drugs or alcohol, or what set him off.

The investigation is ongoing. Anyone with further information was urged to contact the Los Angeles Police Department. 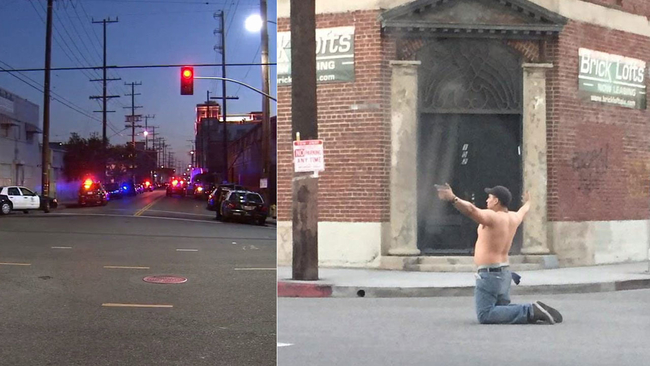