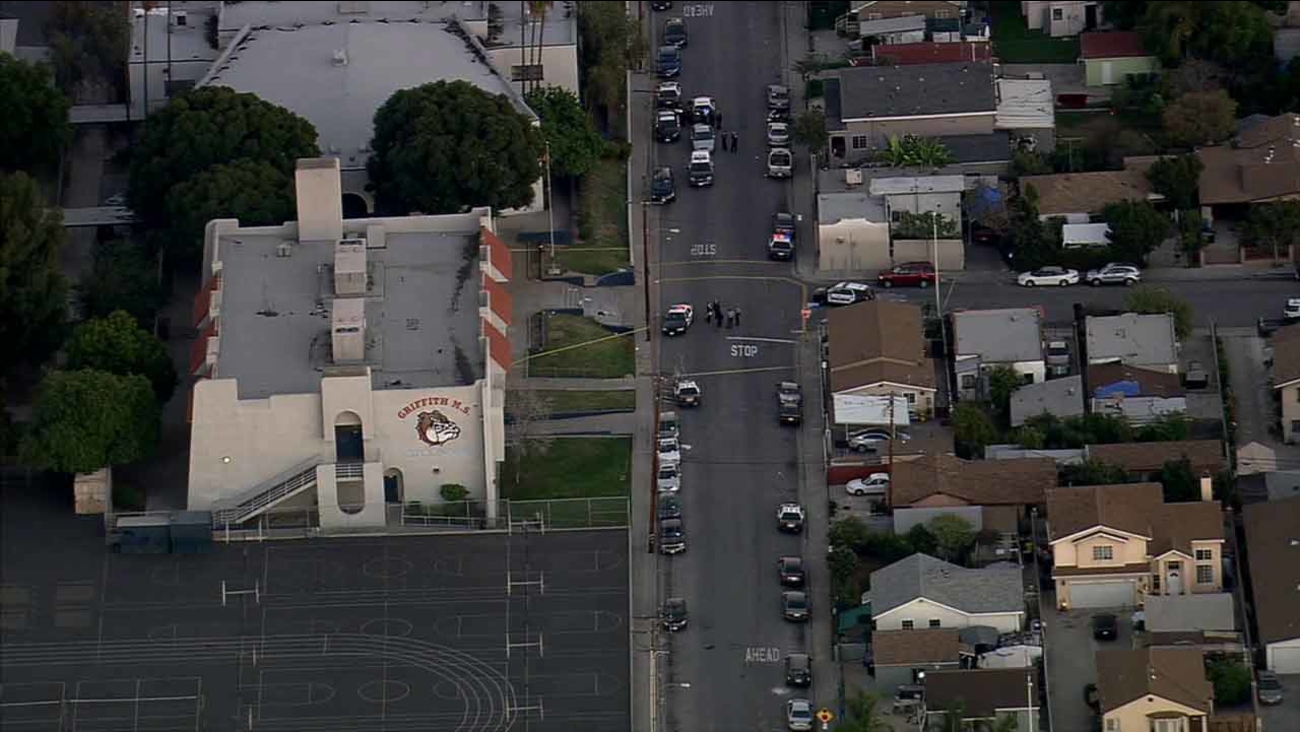 LOS ANGELES (KABC) -- A 13-year-old boy accused of stabbing a 14-year-old student to death outside of an East Los Angeles middle school was charged with murder Tuesday.