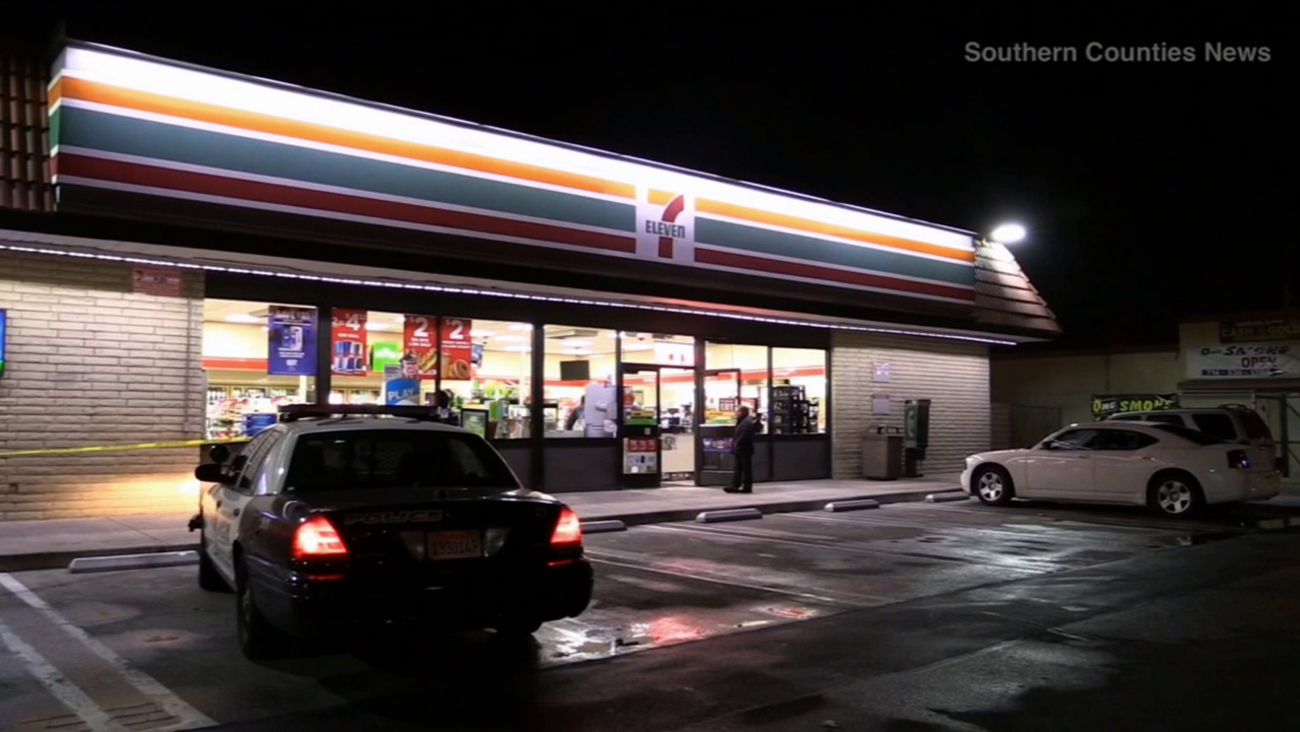 An officer-involved shooting occurred at a 7-Eleven in Garden Grove between officers and an armed robbery suspect on Sunday, Feb. 1, 2015. (Southern Counties News)

GARDEN GROVE, Calif. (KABC) -- An investigation was underway Sunday after an officer-involved shooting of an armed robbery suspect occurred at a 7-Eleven in Garden Grove.

Officers responded to a reported armed robbery at about 1:35 a.m in the 12700 block of Brookhurst Street. Upon arrival, an officer-involved shooting occurred.

It was unclear what led up to the shooting. No one was injured.

The suspect, later identified as Steven Loia, 23, fled on foot, but was found near the scene. Officers also recovered a loaded handgun.

Another person was detained and was being questioned.

Loia was arrested for felony assault with a deadly weapon on an officer and a felon in possession of a handgun.