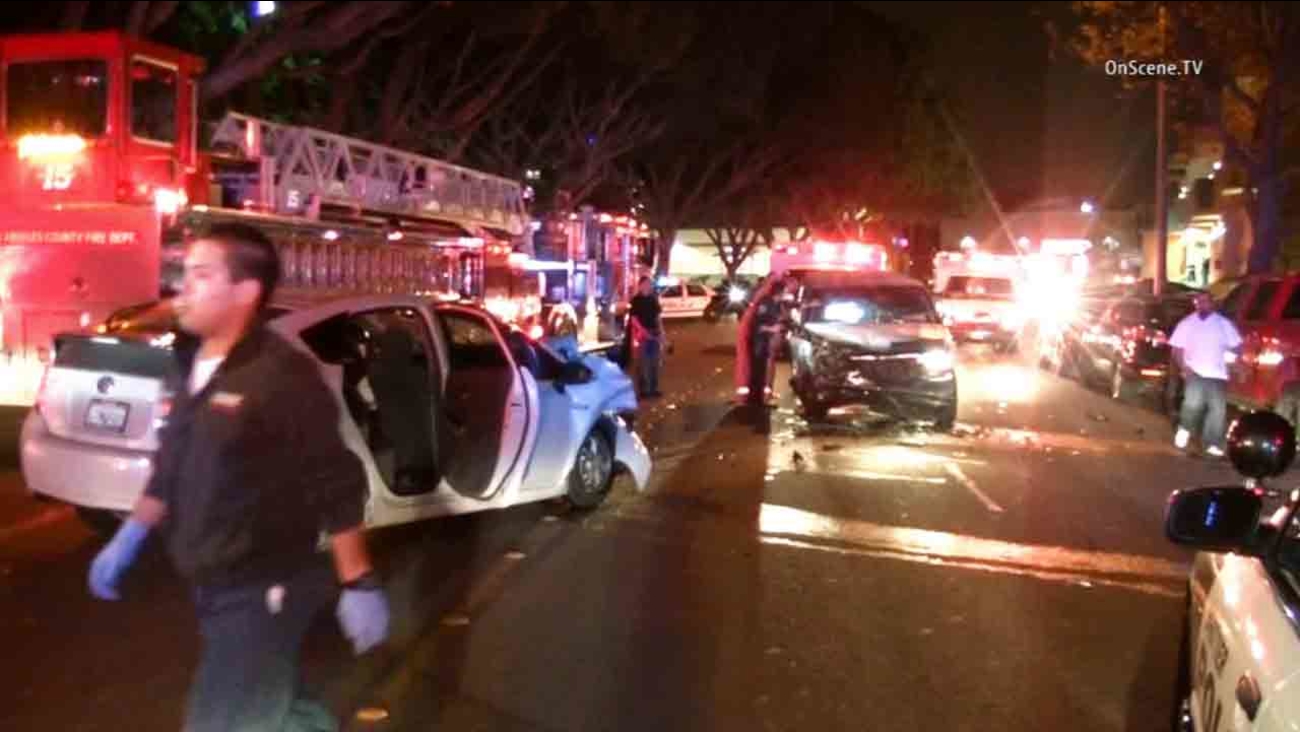 WHITTIER, Calif. (KABC) -- A man was arrested on suspicion of driving under the influence following a head-on collision in Whittier that left four others hospitalized.

Police say the suspect's truck collided head-on with a Toyota Prius. Investigators say the suspect tried to leave the scene, but was arrested shortly after.

Five people, including the suspect, were hospitalized. He was treated for a gash on his forehead and is now in custody facing DUI charges.