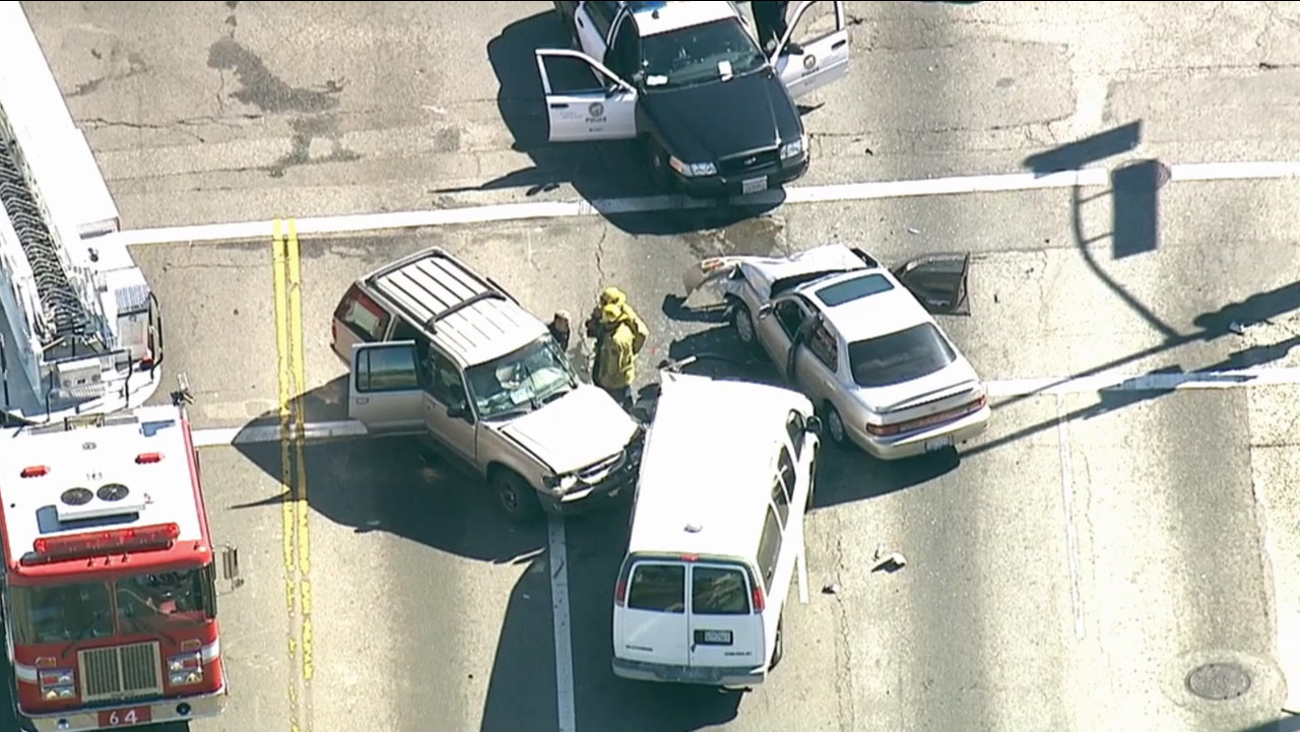 LOS ANGELES (KABC) -- A man led police on a pursuit with his kids in the car Tuesday before crashing in South Los Angeles.

Los Angeles police initially began following a reckless driver. The chase ended at about 10 a.m. in the 11300 block of South Main Street. Three vehicles, including the suspect's four-door Toyota Camry, were involved in the crash.

Seven people, ranging from a 1-month-old baby to adults, were taken to a hospital in minor to serious condition.

The suspect had two kids in his car. Another vehicle also had kids inside.

The suspect was taken into custody following his release from the hospital.