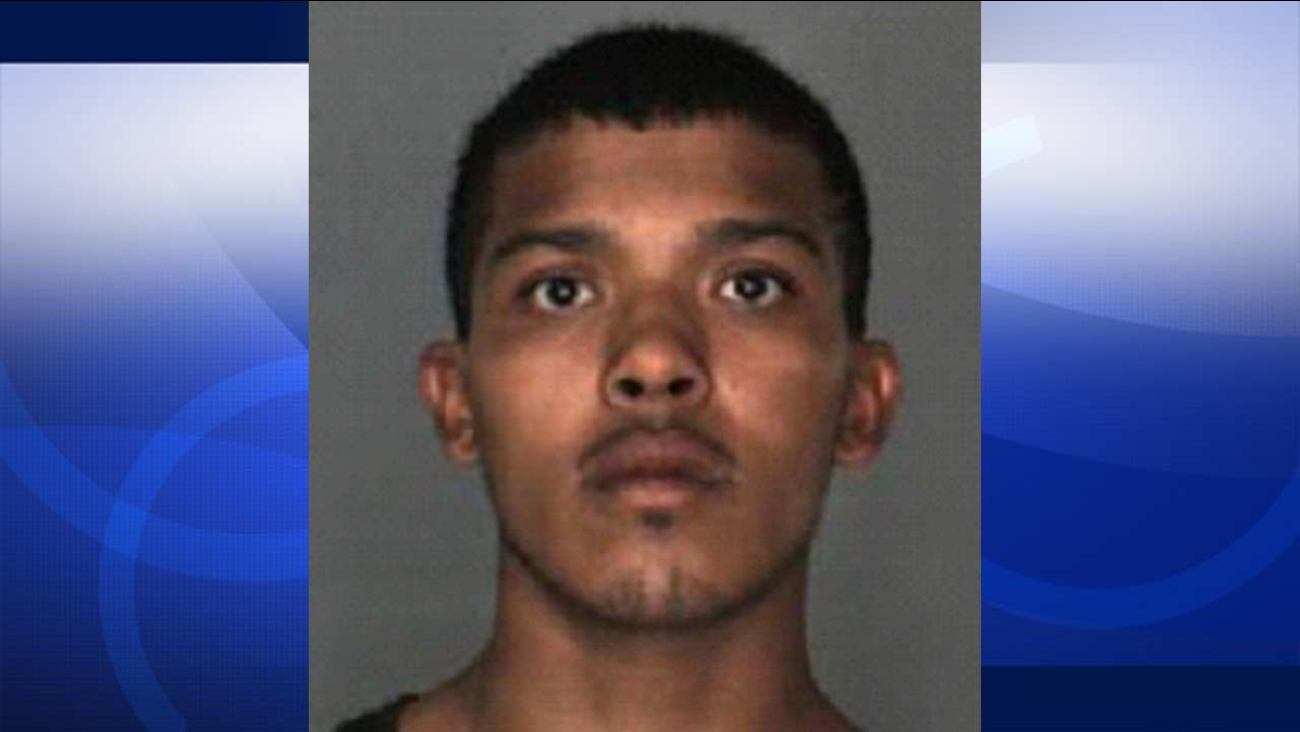 Julio Cesar De La Luz, 20, Tiara Reese, 18, and a female juvenile were being held in a Los Angeles County jail on several felony charges, including kidnapping, assault with a deadly weapon, taking a vehicle without the owner's consent and a felony warrant out of San Bernardino.

De La Luz's bail was set at $100,000. Reese and the juvenile girl were not allowed bail. They were expected to be arraigned on Thursday.

De La Luz is accused of trying to carjack a Cal State San Bernardino student while he was sleeping in his vehicle at about 12:15 p.m. Monday in Parking Lot G on campus.

"He asked him if he wanted to buy a pair of shoes. The student declined and the man basically climbed into the car and put a gun to the student's head and forced him to drive off campus," said Joe Gutierrez, a CSUSB spokesman.

Once off campus, the suspect then allegedly demanded money and the victim's cellphone. He ordered the victim out of the car and fled the scene.

Shortly after, the suspect crashed near Highland Avenue and the 215 Freeway. San Bernardino police say a nurse from Arrowhead Regional Medical Center stopped to assist the suspect after witnessing the collision. She loaned him her cellphone not knowing he was a suspect in a carjacking. Investigators say he then carjacked her at gunpoint.

He fled the area with her cell phone and vehicle described as a 2003 Lexus S300 with California license plate 5YLL939.

Los Angeles County sheriff's deputies became involved in a pursuit of the Lexus and the three suspects who were inside near 99th Street and Hoover Avenue Tuesday morning. The vehicle crashed into a parked car during the pursuit, and the occupants fled on foot but were eventually located and detained.

De La Luz, one of the three occupants in the vehicle, was identified as the suspect in the San Bernardino carjacking. De La Luz's girlfriend Reese and the other female were both arrested following the pursuit.

A firearm allegedly used in the carjacking was also found, deputies said.

De La Luz does not have ties to the Cal State San Bernardino campus, Gutierrez said.

The investigation is ongoing. Anyone with information about this incident was encouraged to contact the Los Angeles County Sheriff's Department's South Los Angeles Station or Detective Ernesto Castaneda at (323) 820-6795.